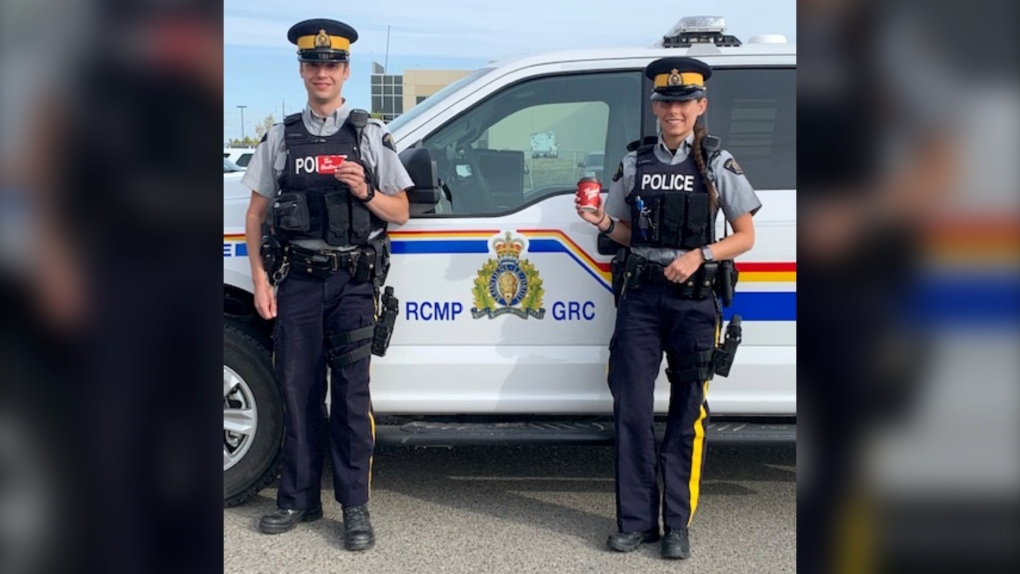 Airdrie RCMP want to say thank you to a group of teens who left Tim Hortons gift cards on their cruisers. (RCMP handout)

CALGARY -- Airdrie RCMP is looking for a group of teenagers — but these aren't the usual suspects.

Two officers walked out the back door of the Airdrie detachment on their way to a call last week when they noticed a group of teenagers in the parking lot.

"As this is not normal to see they quickly asked what they were doing. They were pleasantly surprised with the response from the youth," police said in a release.

The teenagers, it turns out, were leaving $10 Tim Hortons gift cards under the windshield wipers of the cruisers parked there as a way of saying thank you.

Because the officers were on their way to a call, and seeing the teens were actually up to some good, they left without getting any names.

"We want to know who they are," said Cpl. Gina Slaney.

"It just means the world (to the officers). Policing these days, with the way things are going, especially in the United States with police officers and Black Lives Matter and all of those types of things, it's really discouraging, and we feel it even here in a small town like Airdrie.

"We feel those things, people say those things to us, so to have these youth come out and do something like this, on their own, is absolutely amazing."

Anyone with information is asked to contact the Airdrie detachment at 403-945-7200.