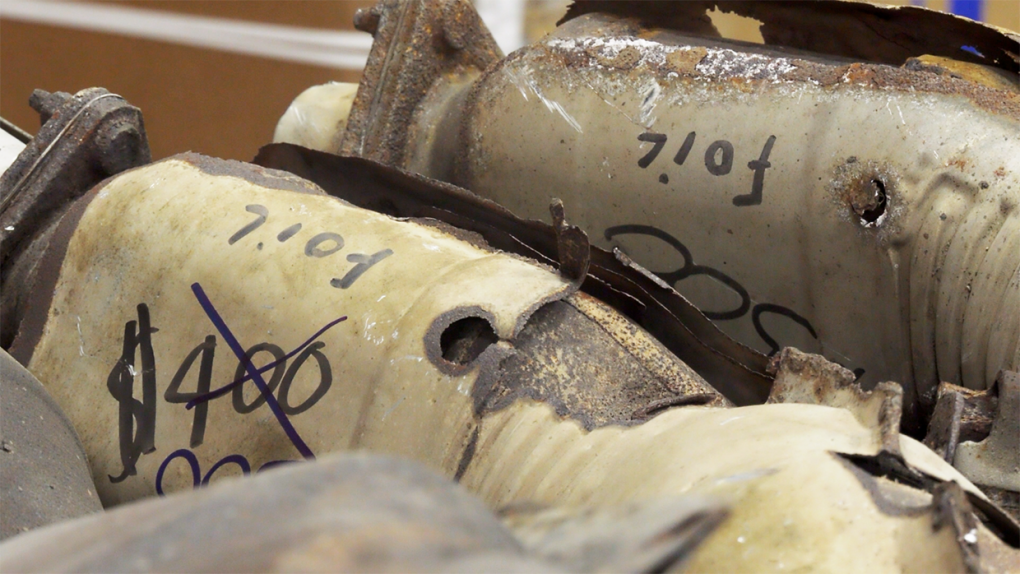 Airdrie RCMP is testing out a novel approach to the ongoing issue of catalytic converter thefts in the city just north of Calgary.

Officers have been reaching out to area auto body shops, asking that when servicing a vehicle, they offer to etch the last six digits of the VIN onto the catalytic converter to help trace it in case of theft.

"The feedback has been positive and will support efforts in reducing crime in Airdrie," read a release.

"It will also provide police the evidence required to link a found catalytic converter to its owner."

Auto body shops interested in participating in the program will be provided an engraver at no cost to the business.

The number of catalytic converter thefts has skyrocketed in Calgary and the surrounding area in recent months. In 2021, police estimated there were upward of six stolen each day. The reason is mainly the precious metals used inside the devices, with used ones fetching between several hundred and several thousand dollars, depending on the make.