Sienna MacDonald grew up playing a lot of different sports in high school and she was very good at all of them.

"I played soccer, basketball and prior to that I did gymnastics," the 19-year-old said.

"One day my basketball coach was like Sienna you're really fast. You need to try track."

BIGGEST WIN OF HER CAREER

MacDonald listened to her coach's advice and decided to try heptathlon.  It was a good decision. Heptathlon combines six disciplines: the 100 metre hurdles, the 100 and 800 metres, the high jump, long jump, shot put and javelin.

MacDonald was the best of the best in Canada and said it was a thrill to take home the title. 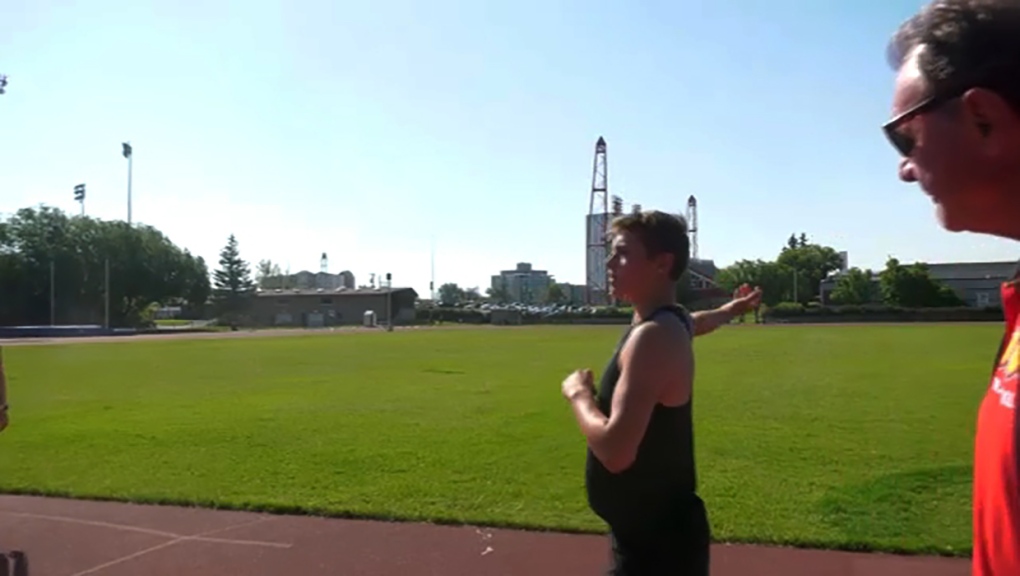 MacDonald was the best of the best in Canada and said it was a thrill to take home the title.

"It meant everything," she said.

"Going in there was a lot of pressure.  It was probably the biggest meet I've ever been to.   I was there with a lot of big names so winning it I was ecstatic!"

GRAMATIK LIKES WHAT HE SEES

MacDonald works with veteran coach Les Gramantik.  He's coached a lot of very talented athletes and said MacDonald is one of the best talents he's had in a long time.

Gramantik said the victory will give MacDonald a lot of confidence going forward.

"I kept emphasizing that you have to appreciate the opportunity that was given to you to compete at this level and to be able to win at this level," Gramantik said.

"This is something that you've accomplished and no one can take it away from you.  For the rest of your life you're a Canadian champion, even if you're not going to do it again."

NO TIME TO CELEBRATE

MacDonald didn't have much time to celebrate her big victory.  On Tuesday she was back training at Foothills Athletic Park to get ready for another meet Wednesday at Foothills.

MacDonald said she's okay with that.

"Tomorrow (Wednesday) will be interesting," she said.

"It’s a four hour meet and I've got four events to do so it's going to be a long day.  My legs might hurt a little bit but it will be okay."

SIGHTS SET ON THE OLYMPICS IN THE FUTURE

She isn't on the national team yet but has her sights set on making the team.

This summer she'll be heading to Niagara, Ontario to compete for Alberta at the Canada Summer Games.  Beyond that, MacDonald said she has a very big goal she'd like to reach one day soon.

"Big end goal like obviously every athletes dream is going to the Olympics," she said.  "So hopefully one day I'll make it there."

Having seen eight coaches come and go in less than 10 years, Manchester United fans know their false dawns. Wednesday shed a different light on strife at the giant football club: Elon Musk said he was buying it -- and then said it was all a joke.