CALGARY -- A shed on a rural property – near the entrance sign to Airdrie off the QEII Highway – was painted with the message "LGBT Virus" Saturday.

"Initial reactions are disappointments frustration and some fear," said Tammy Plunkett, with Airdrie Pride Society. "This isn’t what Airdrie is about."

That shed is very visible from the highway, and within hours was painted over with a message of love.

"It's been such an outpouring of support from the community to get that barn taken care of," said resident Sheila Ricetto.

Ricetto first saw the discriminatory sign when she took her son for a drive on Saturday.

Within hours of posting to social media, she said about 100 volunteers asked if they could help paint over it.

"I also just had an artist reach out to me yesterday and she informed me that painting a mural over it would reduce the chances of future vandalism," said Ricetto.

Ricetto says she has spoken to the land owner, where the shed is situated, and adds that they have been supportive of the redesign.

RCMP were on scene investigating Sunday afternoon, looking for any evidence they could find. 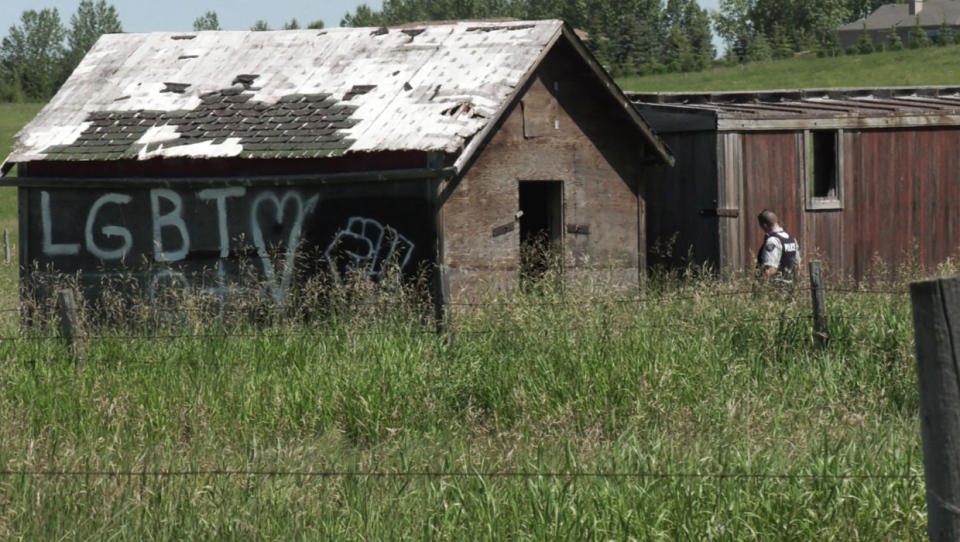 For Plunkett and Ricetto, they say they feel exhausted trying to promote a message of inclusivity.

"Those that are on the fringes want to have their voices heard, and they’re being loud, and that's why they are doing it," said Plunkett.

"Why can’t we just love everybody and accept everybody and live together in harmony? Still having something written like that in 2020, just boggles my mind," added Ricetto.

The Airdrie pride crosswalk was vandalized twice, on separate occasions this summer, which police continue to investigate.