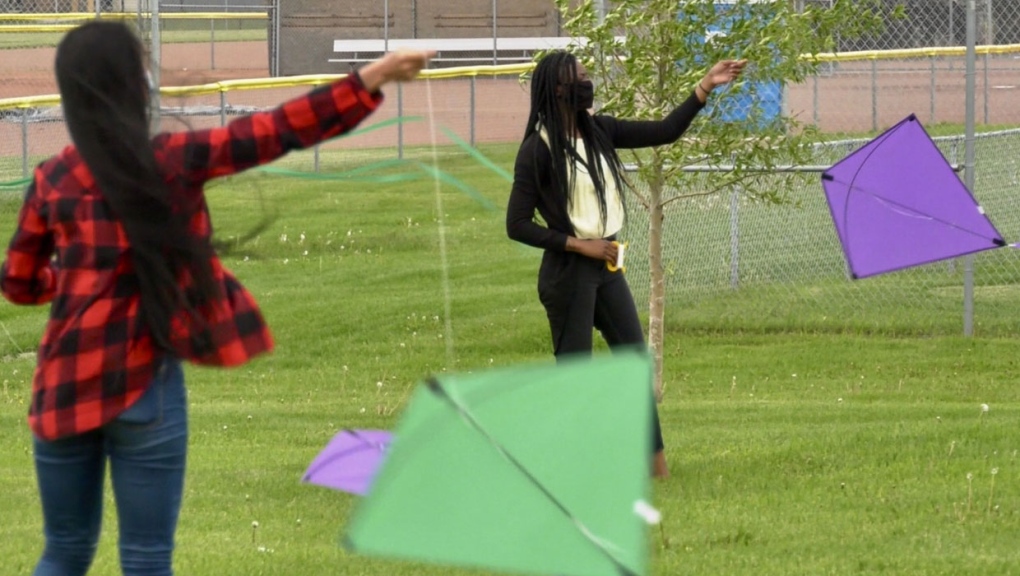 Dozens of Airdrie families were trying out their new kites, part of a special gift from Genesis Land meant to celebrate the end of the school year.

AIRDRIE, ALTA. -- Following three full months of lockdown, children from dozens families in Airdrie were able to get outside and spread their wings.

In celebration of what would normally be the last day of school, 64 Airdrie households received gift packages and a $25 gift card to spend at a local business.

Also included inside each parcel was a kite so, on Friday afternoon, the families celebrated in safe, social-distanced unity at Chinook Winds Park.

The packages were distributed randomly, and were donated by Genesis Land.

"Our community is full of parks and great open space," said Peter Jensen of Genesis Land. "This is a great way to get kids back outside, away from screens and celebrate the start of summer."

In keeping with provincial guidelines, attendance was limited to a gathering of 50 people or less. 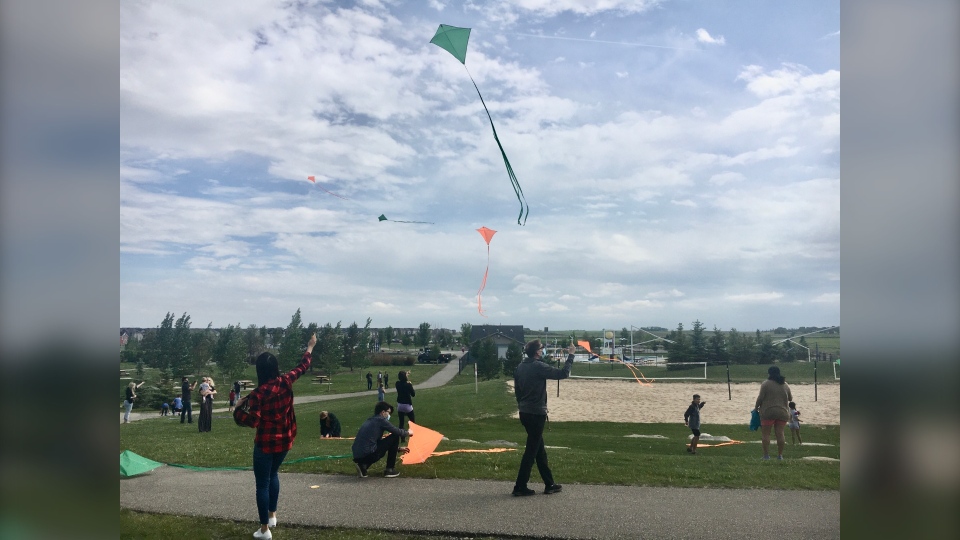 Among those trying their hand at kite-flying was Matthew McCormick, who would have normally been spending his last day of the year in school.

"They just delivered the kite to our door," McCormick said while fighting with his kite against the fierce late-afternoon wind.

"I was excited to fly it. I like how it spins around and does it’s own tricks."

Jensen noted the importance of neighbourhoods being able to reconnect after the lockdown.

"We’re hoping to get people back outside and around each other, but also to stimulate the local economy."

In total, over 100 kites and $2,500 in local gift cards were donated to Airdrie families.