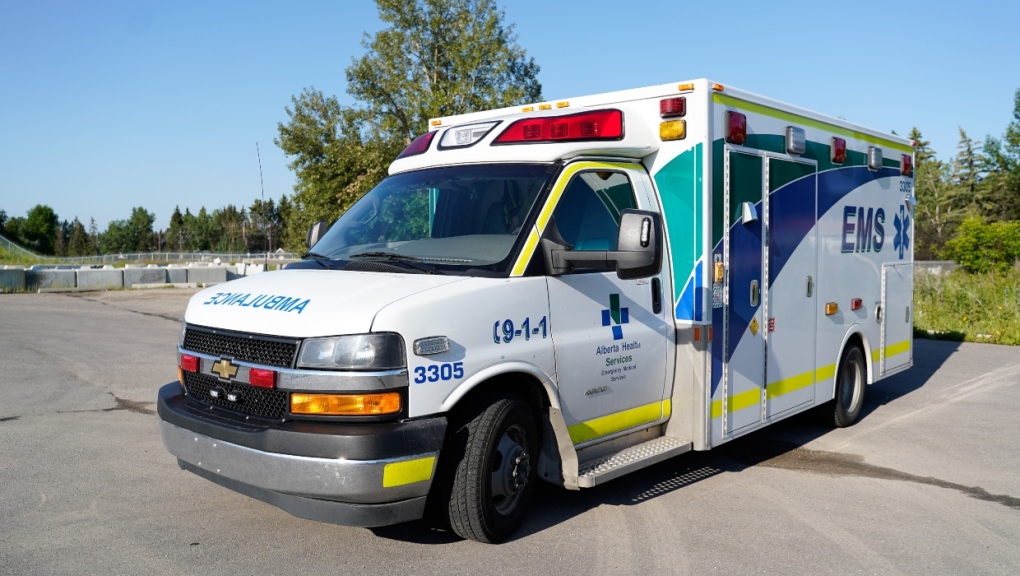 The province is hoping the addition of nine more ambulances will help ease the strain on Alberta's health-care system.

Officials announced the new vehicles on Tuesday, saying they are already operational and serving patients in Calgary and Edmonton.

"Our healthcare system remains under strain, especially in Edmonton and Calgary, and we continue to see increased pressure on EMS and our emergency departments in particular," said Minister of Health Jason Copping in a release.

"We are adding resources and staff across the system, and this will help to ensure Albertans continue to get the care they need."

New staff have been hired to operate the ambulances.

"Every resource we can add helps us provide care for Albertans," said Darren Sandbeck, chief paramedic and senior provincial director for EMS in a release.

"We continue to see a large increase in call volume that is keeping EMS crews busy, and these new ambulances and their paramedic crews are already hard at work serving Albertans."

Law enforcement in Hawaii on Wednesday arrested social media model Courtney Clenney on a charge of second-degree murder with a deadly weapon.