Alberta can expect daily cases to double in next month, says COVID-19 biostatistician

CALGARY -- An Ontario based COVID-19 biostatistician predicts Alberta in on track to reach 2,500 daily cases by the weekend and 4,000 by  Christmas.

Ryan Imgrund, who has worked for a few different Ontario health regions throughout the pandemic, says those findings are based on Alberta’s reproduction number - or R-value, which he calculated to be 1.13,  the highest in the country.

The R-value or reproduction rate shows how many people a single case will infect.

“Having an R-value that is that much above one is worrisome, especially when you have so many cases above a certain level,” Imgrund told CTV News.

Imgrund is a GTA-based COVID-19 biostatistician who has been working with a few different Ontario health regions delivering daily data analysis throughout the pandemic.

He only recently broadened his scope to include Alberta because the province stopped releasing the R-value on November 24, when the latest round of restrictions was implemented.

Jason Kenney said the R-value would need to come down below one and ‘ideally’ at a zero point eight by Decemeber 15 for restrictions to be lifted.

“To expect to get that under one without doing anything is not just optimistic, it’s wrong,” said Imgrund. 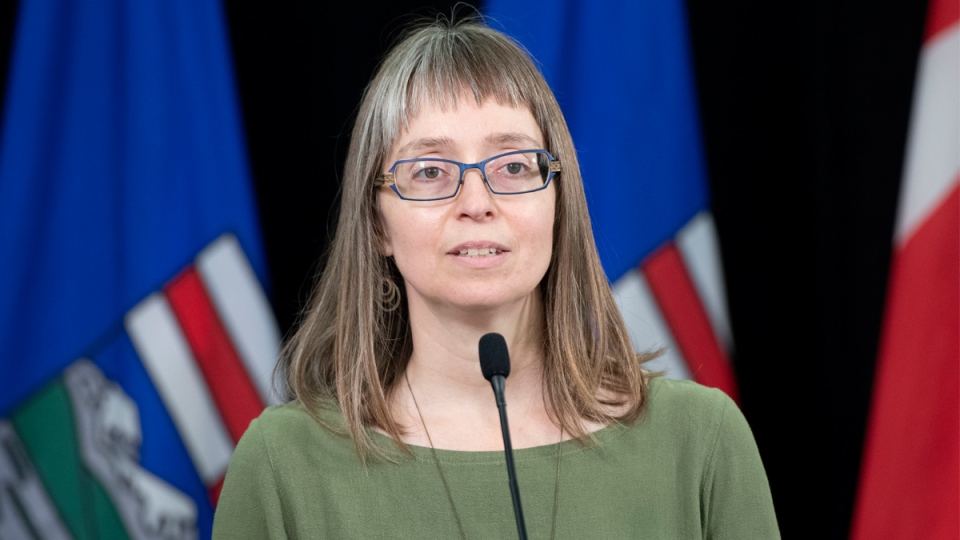 “I believe that all of those restrictions have put us in a better position than we would have been had we not introduced those restrictions,” she said, but “it’s currently looking like the measures that were put in place two weeks ago are unlikely to be sufficient to bend the curve downwards.”

Even if or when more action is taken, Imgrund says it’ll be one to two COVID-19 tramission cycles before the R-values goes down.