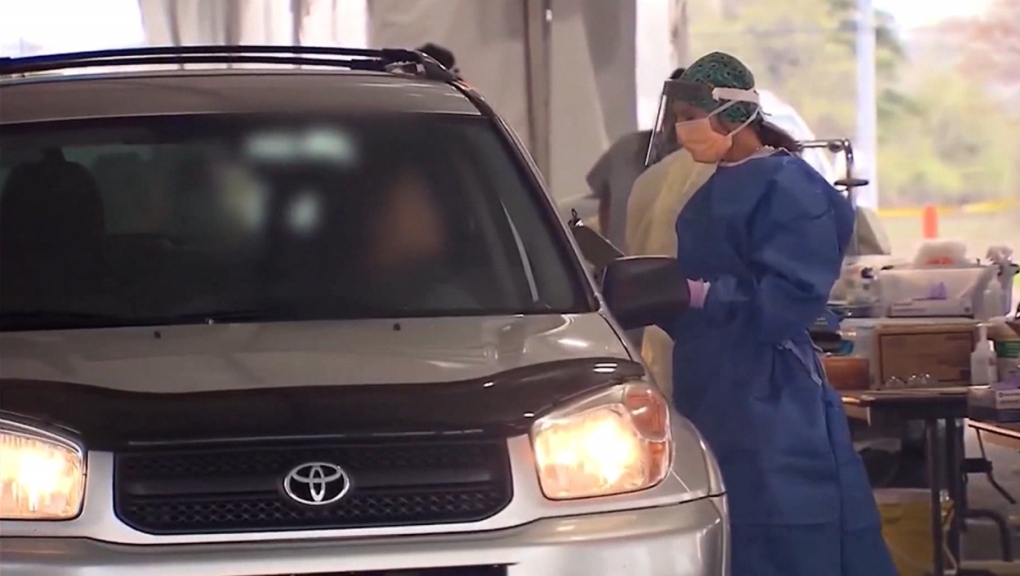 Alberta Health Services will no longer screen each COVID-19 test for variants of concern. (File)

CALGARY -- Because of a surge in demand for COVID-19 testing in Alberta, Alberta Health Services has modified its process, including modifying the screening process for cases of variants of concern.

AHS sent out a notice to Alberta Precision Laboratories (APL) last week to notify the agency about the change that it says will increase the amount of tests that can be performed in the province.

"As the United Kingdom (B.1.1.7) Variant is now the dominant strain in Alberta, and we are able to monitor for other variants through a targeted strategy, it is no longer necessary to screen all positive tests for variants," AHS said in response to an inquiry from CTV News.

Officials say the new process will also speed up the reporting of results.

"This change is being made to maintain required lab capacity for general COVID-19 testing with average turnaround times for results of 24 hours."

Variant screening will still take place, AHS says, but it will be a more focused strategy moving forward.

"Variant screening will now be targeted on populations that have either a higher risk of being infected with a variant of concern, or in higher risk scenarios for spreading variant strains. This includes positive cases related to outbreaks, in hospital and emergency departments, returning international travelers and health care workers."

Alberta is currently completing approximately 17,000 tests per day. However, on Saturday, the province reported more than 20,000 tests completed on April 30.

There is no breakdown available on how many tests were conducted in each of the province's health zones on April 30, but Alberta Health's website says the Calgary zone has conducted more than 820,000 tests so far, or about 40 per cent of all tests in Alberta.