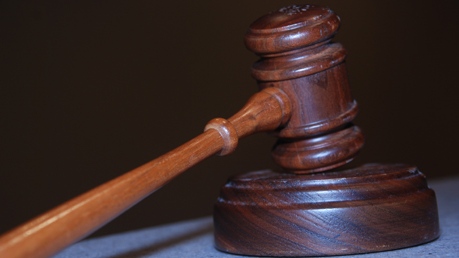 court generic
Alberta defence lawyers will not take on legal aid files pertaining to very serious criminal offences starting Sept. 1.
The Criminal Defence Lawyers Association (Calgary), the Criminal Trial Lawyers Association (Edmonton), the Southern Alberta Defence Lawyers Association and the Red Deer Criminal Lawyers Association issued a release Thursday saying members will "begin refusing new certificates for all criminal appeals," and "refuse new legal aid files involving the most serious criminal offences – those classified as level 2.5 or level 3 offences by Legal Aid Alberta.”
Offences deemed to be level 2.5 and level 3 by Legal Aid Alberta include "most sexual offences, firearms-related offences, all homicides and dangerous offender proceedings."
The groups stopped taking cases in response to what they believe is underfunding by the province.
The groups have also voted to continue the "first phase of job action" into September, as well as withdraw "ad hoc duty counsel services from justice of the peace bail offices."
This escalation in job action comes after what the groups claimed was a "dismissive" meeting with Tyler Shandro, Alberta's justice minister, which the provincial government defended, saying it had been "respectful and appreciated the arguments by all four associations."
The groups said “equal access to justice cannot wait any longer and they certainly cannot wait until 2023.”
The groups said these actions come at a "significant personal and financial cost to our membership." However, "the situation is infinitely more dire for Alberta’s most vulnerable. To continue to prop up a broken legal aid system is to deny those Albertans the legal representation they need and deserve."
CTV News reached out to the Alberta government and Legal Aid Alberta.
Legal Aid Alberta did not provide comment, but the Alberta government did provide a letter to the four legal associations, which says that "Alberta’s government has always ensured that LAA has sufficient funding to meet demand for their services," and that the government increased funding by 47 per cent.

The mysterious woman who allegedly lured dozens of migrants on Florida Gov. Ron DeSantis' flights to Martha's Vineyard from San Antonio has been identified by several media outlets as a former combat medic and U.S. Army counterintelligence agent living in Tampa.

A new project called '4000 Cover Stories' is re-imagining the stories of missing and murdered Indigenous women and girls in Canada with the front-page prominence their families feel they deserve, with advocates planning to deliver the massive newspaper to the prime minister.

Appearing before the House of Commons Finance Committee on Monday, Deputy Prime Minister and Finance Minister Chrystia Freeland defended the government's response to Canadians' affordability concerns as 'focused' and fiscally responsible. With the passage of the GST rebate-boosting bill through the House all but a foregone conclusion, Freeland was peppered with questions from opposition MPs on a range of topics, including inflation.