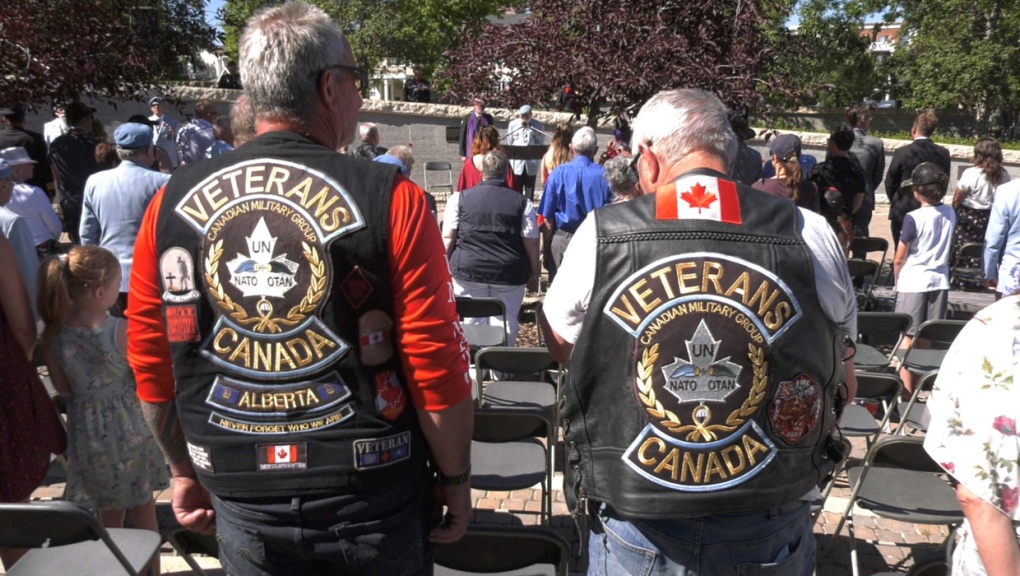 Albertans gathered in Peacekeeper's Park on Sunday to honour the sacrifices of military members in the province.

Family members, friends and veterans gathered Sunday to pay their respects and remember the lives of Albertans who died while fighting in peacekeeping missions and support operations around the world.

A couple hundred people attended a special ceremony at Peacekeeper Park in the southwest Calgary community of Garrison Green, where the names of the fallen were read aloud and wreaths were laid.

He says National Peacekeepers’ Day is recognized on the Sunday closest to Aug. 9 every year. That day in 1974 commemorates the loss of nine Canadian peacekeepers who were killed when their Buffalo aircraft was shot down by Syrian missiles during a mission in the Middle East.

“I remember that day, I was in disbelief,” said Wright, who was serving as a peacekeeper in Egypt at the time.

“I was listening on the net as the aircraft took off on its way to Damascus and heard it was shot down. I still get emotional just thinking about that day.”

'SUCH AN AMAZING CHILD'

Since 1948, more than 125,000 Canadian peacekeepers have participated in dozens of international efforts all over the world.

Sadly, more than 130 Canadians have since died in peacekeeping operations.

The family of Cpl. Cole Bartsch of Whitecourt, Alta., was in attendance Sunday to honour their son who died at the age of 23.

On July 4, 2007, while deployed in Afghanistan, Bartsch, five fellow members and their Afghan interpreter were killed by an improvised explosive device (IED) southwest of Kandahar.

“He was such an amazing child, he loved life, he loved family, camping, just everything, and he was such a good kid,” said Bartsch’s mother, Juanita.

“He paid the ultimate price and sometimes people don’t remember that enough.”

The Town of Whitecourt recently unveiled a street earlier this year called Cpl. Bartsch Lane, which was considered one of the highest honours according to his sister, Tara.

“He was just the coolest kid without being cool,” said Tara.

“For us, it’s been 15 years so there’s programs like the Hope Program which have helped. It doesn’t ever get better, but it gets easier and the military is a family that is always there to support you.”

Pvt. Kevin Dallaire was described by many of his family members and friends as ‘the silent Frenchman’ who kept to himself, but always knew how to make others smile or laugh.

Dallaire died on Aug. 3, 2006 while serving in the Pashmul region of Afghanistan.

“He was a hero,” said Kevin’s mother Dianne Dallaire.

“He put himself in the line of fire so other Canadian troops could run to safety. He was shot while trying to go back to safety and then a rocket propelled grenade hit.”

According to a report from the Government of Canada, Dallaire traversed an open field under enemy fire and directed his section to keep moving until it reached its safety destination.

His actions reflected the highest standard of his regiment and the Canadian Forces Sacrifice Medal. 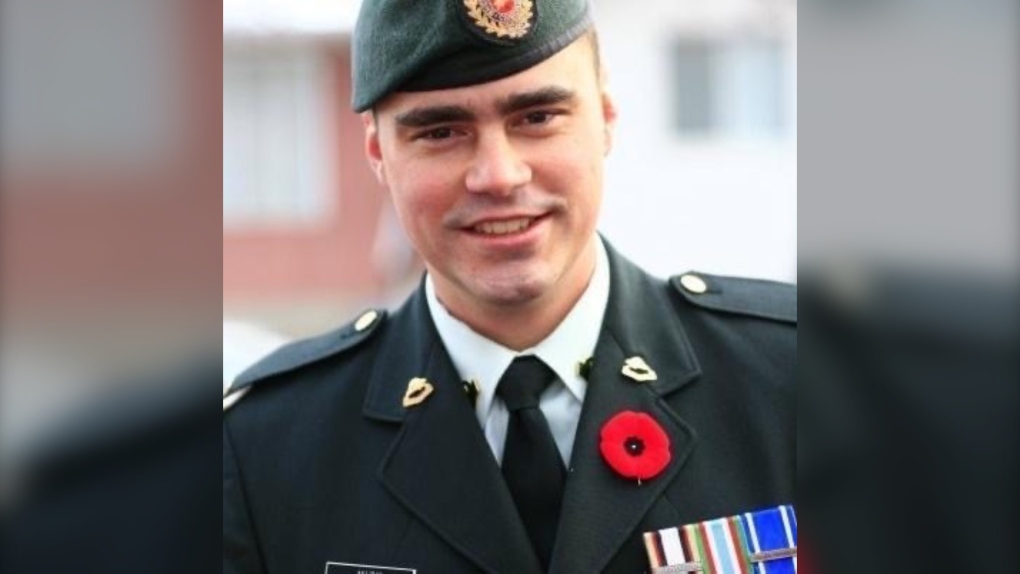 AN INSPIRATION FOR OTHERS

Sgt. George Miok was a peacekeeper who served both in Bosnia and Afghanistan.

The Sherwood Park, Alta., resident was considered a Canadian hero after giving his life in combat, but it was his job as a teacher that inspired hundreds of young Albertans.

“He was a very happy young man and so popular amongst all of his students,” said George’s father, Eli.

Miok earned an education degree from the University of Alberta and became a teacher after his first tour in Afghanistan.

He was a Grade 7 teacher at St. Cecilia’s Junior High School in 2008 and considering a full-time role after his second tour of duty in Afghanistan in September 2009.

Sadly, Miok was killed on Dec. 30, 2009, at the age of 28 after the armoured vehicle he was in struck an IED near Kandahar City.

“But even after all these years, his students are remembering George and some of them went into education to become a teacher because of him.”

The Toronto Blue Jays secured a playoff berth Thursday without even taking the field.

1 in 4 Ontario farmers contemplated suicide in past 12 months: study

There’s no way around it — Farming is one of the most stressful occupations on the planet. “Seventy six per cent of farmers are self identifying as having moderate to high stress levels. In general, that is much higher stress levels than the general population,” said Ontario Federation of Agriculture President Peggy Brekveld.

Russia to annex more of Ukraine on Friday at the Kremlin

Russia planned to annex more of Ukraine on Friday in an escalation of the seven-month war that was expected to isolate the Kremlin further, draw it more international punishment and bring Ukraine extra military, political and economic support.

A rift has emerged in the Danish royal family following a decision by Queen Margrethe to strip four of her eight grandchildren of their royal titles in order to "future-proof" the monarchy.