CALGARY -- The provincial government has announced some new funding for families who've struggled with childcare costs, adding to its list of available benefits aimed at helping Albertans impacted by COVID-19.

It's earmarked $108 million for the Working Parents Benefit, a program designed to help families who had to employ different forms of childcare between April 2020 and December 2020.

All families who placed their children into licensed or unlicensed daycare, day homes, out-of-school care or preschool are eligible for $561 per child, provided they meet a number of criteria.

The government says the effort is an attempt to reduce stress on families because of the COVID-19 pandemic.

"We want to directly support these parents by alleviating the financial pressures they have faced this past year," said Minister of Children's Services Rebecca Schulz in a statement.

She says the funding comes from unspent funds in the budget and is estimated to support approximately 192,000 children.

In order to apply for the benefit on March 1, families must also have a household income of $100,000 or less and have paid for three months of childcare between April 1 and Dec. 31, 2020.

Receipts of those costs must be provided, the government says, and parents must create a MyAlberta digital ID in order to apply.

Not all parents are satisfied with the one-time payment announced by the province.

Chandra Hall lives in Olds, Alta. and has two children enrolled at a daycare offering $25 per day childcare.

That three-year-pilot program, known as the Early Learning and Child Care (ELCC) benefit was a bilateral agreement introduced by the NDP government. It provided parents with the opportunity to pay $25 per day for childcare at 122 centres across Alberta.

The program now ends on March 31 and leaves parents like Hall struggling to make ends meet as her six-week fee per child goes from $550 to $1,100.

“It makes it almost impossible for me to work,” she said.

“My biggest fear -- and I know it happens even though people don’t want to risk it -- is where children get left home alone and they shouldn’t be because a parent has to maintain an income to survive.”

Schulz notes, however, that feedback received from the pilot project did not measure a parent’s employment, need or income and the province needs to do a better job of providing equitable supports to all families province-wide.

“The pilot only benefitted a small amount of parents and now 28,000 more parents are going to be able to access subsidy because of the changes that we made,” Schulz said.

“We looked at grants for the centres in the $25-a-day pilot who have parents with a higher proportion of vulnerable or high needs parents and families and we worked with those centres directly on those supports.”

Under the new model, the minister also noted that many families will now be able to access childcare for as low as $13-a-day in some cases in select centres. 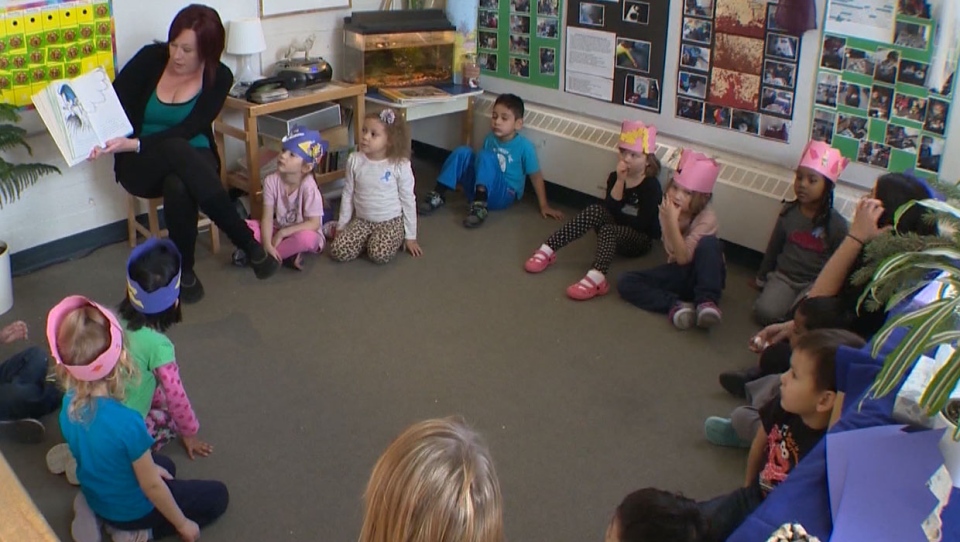 NDP Children’s Services critic Rakhi Pancholi admitted that the province’s announcement of a $561 per child one-time payment will help families that are struggling, but only in the short-term.

“Parents need affordable childcare every month, not just when the UCP government has a budget to sell,” Pancholi said in a statement to CTV News.

“Since the pandemic began, I have been asking Minister Schulz to account for unspent money in her childcare budget and to invest it in quality, affordable, accessible childcare for Alberta families. Instead, they have been sitting on unspent dollars for almost a year. This is an embarrassingly ineffective way to address the crisis.”

Pancholi’s statement goes on to say that a universal $25 per day program is the kind of investment the province should instead be making to help jumpstart the economy and support working parents in the long-term.

The Working Parent Benefit is the latest of a number of financial assistance programs aimed at helping Albertans affected by the COVID-19 pandemic.