Alberta government confirms another Olympic bid is being explored

Alberta government confirms another Olympic bid is being explored

Nearly four years after a majority of Calgary voters said no to pursuing the 2026 Winter Olympic Games, the provincial government says it is aware of another effort to bring the games to Alberta and it is not ruling the possibility out.

"The question certainly has been raised. Is it a possibility? We're certainly open to that," said Alberta's Minister of Culture Ron Orr.

Orr made the comments Tuesday morning at WinSport while announcing that the province will put up $17.5 million toward upgrades at the facility's Frank King Day Lodge.

The lodge hasn't received major renovations since it was built in 1987 and was used as a media centre during Calgary's 1988 Winter Olympic Games.

"There is a small group of individuals who have put together some proposals for a future opportunity and we will certainly be looking at those as they come and as it becomes appropriate to talk about details," said Orr. "Yes, it's possible."

The minister wouldn't specify which group is leading the talks of a possible bid or what year they are considering bidding on. 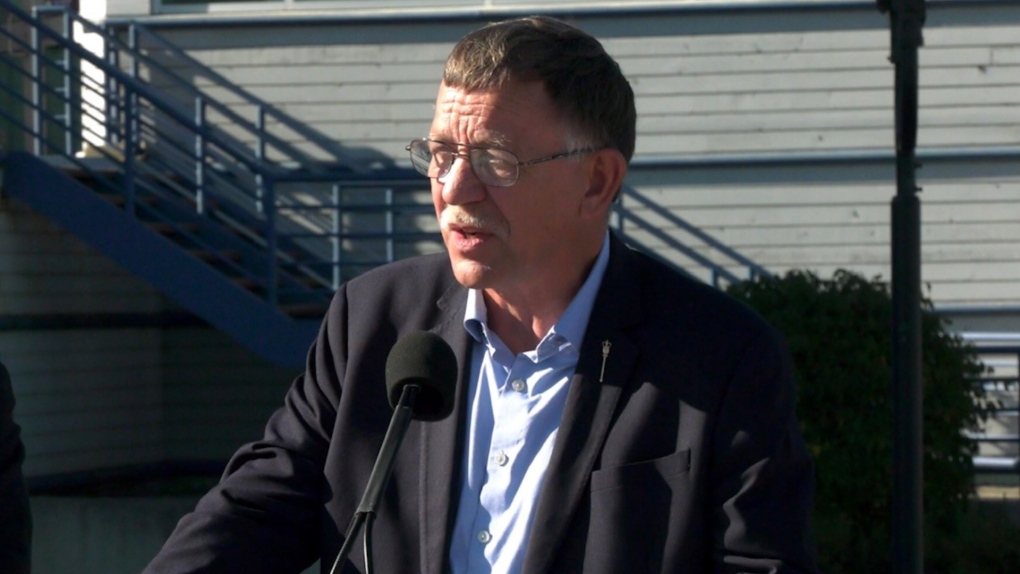 Alberta's Minister of Culture Ron Orr confirmed on Oct. 4 at WinSport that a group was exploring a potential bid to bring the Olympics back to Alberta.

WinSport's president and CEO Barry Heck confirmed his group is not currently involved in any discussions about a possible future bid.

"Does this open the door for a potential future bid? Yes, perhaps," said Heck. "Any time we enhance and build a new facility that can be used for a world class event, such as an Olympic bid or a World Cup or an X-Games, it enhances our city's ability to attract those events."

Orr said the province has been involved in the initial process of exploring a bid, but wouldn't elaborate further.

"The city of Calgary has almost all of the amenities it would need for a games at this stage," said Orr. "And, of course, this kind of redevelopment would obviously add to that."

CITY NOT AWARE OF ANY BID

Meanwhile, the City of Calgary says it also doesn't know anything about a potential Olympic bid.

"At this point in time, I'm not aware of any formal application for this," said Ward 7 Coun. Terry Wong, but added they are always working to promote Calgary.

"We need to recognize that Calgary is a destination and whatever we can bring to Calgary, both in terms of tourists and investments, new infrastructure, we should never turn down."

The Calgary Chamber of Commerce hasn't heard anything either, but says it will always support an Olympic bid.

"It's something that's important for the city. We need a renewal of our sports infrastructure," said president and CEO Deborah Yedlin.

"When you travel and talk to people and say you're from Calgary, still to this day the comment back is, 'you guys are so lucky. You have such great infrastructure. We wish we had the same thing.'"

The only Canadian bid that's in discussions right now is a future bid in B.C., says the Canadian Olympic Committee (COC).

In an email to CTV News, the COC says it is supporting an "Indigenous-led process" for a 2030 event somewhere in that province.

"We invite you to learn more about this important work that puts Reconciliation at the heart of the project, and serves as a model of respect, inclusivity, and community by visiting www.gamesengagement.ca.

"We are not aware of any other proposed bid, in Alberta or elsewhere in Canada."