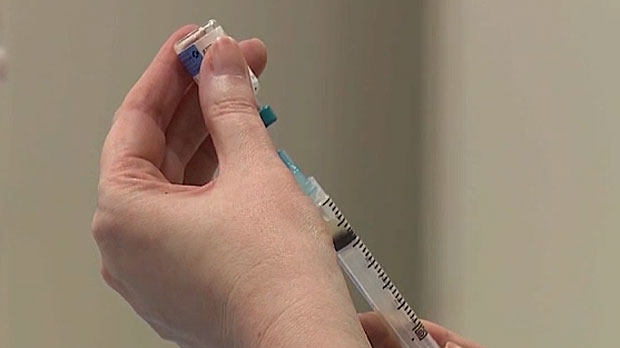 We’re only about halfway through the flu season in Calgary, but Alberta Health Services says there is a lot to be proud about with the effectiveness of the seasonal flu shot.

Doctors say that preliminary reports show the flu shot seems to have reduced the risk posed by the H1N1 flu strain by approximately 72 percent.

“The vaccine was extremely effective this year as compared to past years, which is wonderful. So, patients who haven’t been immunized should go and get their shot because it’s very effective,” said Dr. Jia Hu with AHS’ Calgary Zone.

Dr. Hu says that this season’s shot gives patients a lot of protection against contracting the illness, especially when 90 to 95 percent of the flu cases reported have been from H1N1.

“If you’re vaccinated, you have a 72 percent lower chance of getting the flu.”

He says the results are compiled from data collected from survey sites along with physician’s offices to see how many people are vaccinated and how many have the flu.

Dr. Hu says there are still several groups that remain at risk of severe cases of influenza, with one of those being children.

According to data from the Public Health Agency of Canada, at least seven children under age 10 died from complications of influenza as of January 12.

“We know that younger people, especially kids, have been affected a lot by this strain of influenza and that’s been across the country,” Dr. Hu says.

In 2018, the predominant strain was H3N2 and the flu shot was less than 20 percent effective at containing the epidemic. Dr. Hu says it’s impossible to predict what form of the flu will be more prevalent each season.

“Last year we had more ‘B’ strain. This year we have had very little ‘B’ but that’s not to say we won’t see it. Often times you see a spike in the ‘B’ cases later on in the flu season. To predict why one dominates the other; no one really knows. It’s hard to say what flu is doing.”

A full report on the effectiveness of this season’s flu shot will be sent out later on this year.

The flu season typically ends in March or April.

(With files from Chris Epp and The Canadian Press)