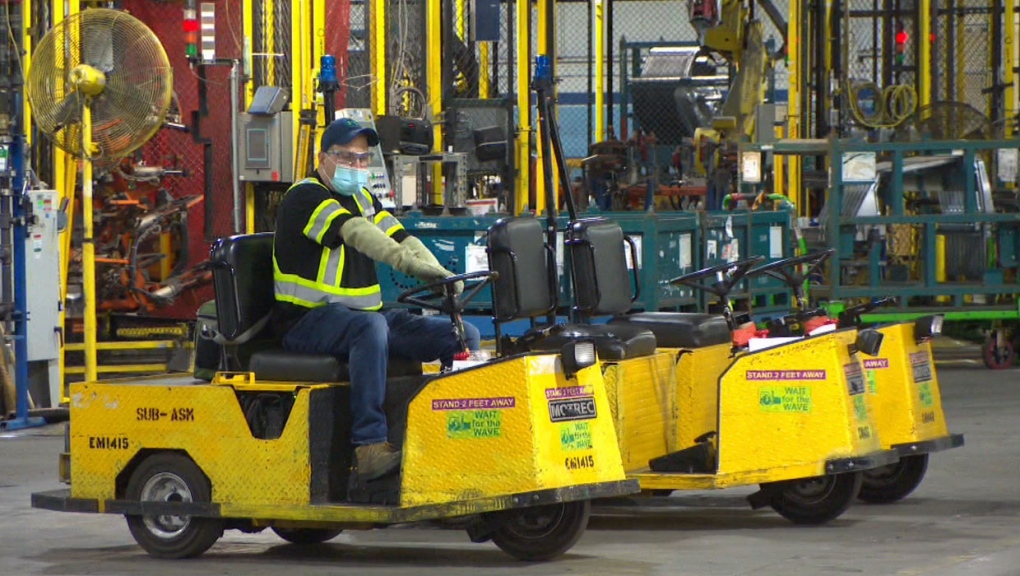 Alberta lost a number of part-time positions in April, but made gains in full-time jobs.

CALGARY -- The third wave of the pandemic has brought on more than 200,000 job losses in Canada and, while Alberta did see some additions to full-time work; it was not immune to the labour crisis.

According to Statistics Canada's April Labour Force Survey, there was an increase of more than 26,000 full-time positions but part-time jobs fell by approximately 38,000.

Officials say new restrictions, brought on by COVID-19's third wave, are to blame for the job losses.

"The majority of the April employment decline occurred in Ontario and B.C., in industries most affected by the recent tightening of public health restrictions," StatCan reported. "Employment declined in both full-time (-129,000; -0.8 per cent) and part-time (-78,000; -2.3 per cent) work."

Despite the changes, Alberta's unemployment rate actually dropped 0.1 points to nine per cent.

While the city of Calgary's unemployment did improve, the data indicates that only 200 jobs were added last month.

Calgary Economic Development says the statistics are encouraging, but there is "still a long, bumpy road ahead in our economic recovery."

"We are continuing to work with our stakeholders and business and community leaders on implementing the economic strategy, Calgary in the New Economy, to ensure a successful future," said Brad Parry, Calgary Economic Development's vice-president of marketing and communications, in a statement.

It says wholesale/retail trade sector witnessed the strongest gains in April (3,300 and 3,000 jobs added, respectively). The biggest losses were suffered in the city's accomodation and food services sectors (4,100 jobs).

Countrywide, there was a loss of 207,000 positions or 1.1 per cent, with Canada's unemployment rate increasing by 0.6 percentage points to 8.1 per cent.

The agency also says the majority of the country's job losses were felt in Ontario and B.C.