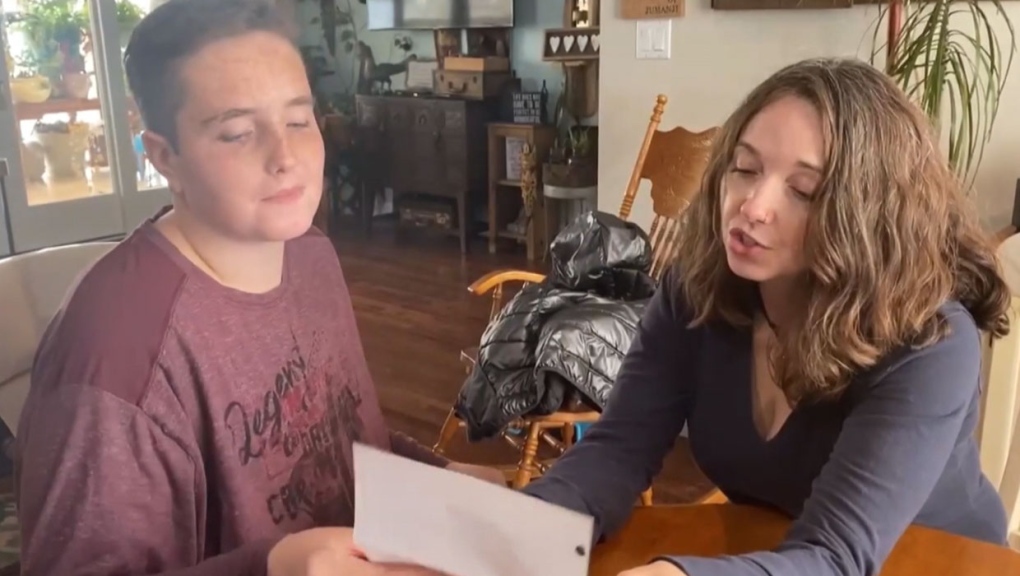 Carson's mom Amanda Kinney says her son loves watching cartoons and hockey, but most of all being read letters.

LETHBRIDGE -- It started out as a simple Facebook post asking people to reach out to her son, but a Coaldale, Alta., mother says it’s become so much more.

Carson Swazey has received about two dozen packages and cards from strangers ever since his mother posted on Facebook asking her friends to send a card to his post office box.

19-year-old Swazey began walking the ten minutes to the local post office this summer and that, along with a new diet, helped him lose 75 pounds.

His mother, Amanda Kinney, told CTV News in an interview, although he is unable to speak, she could tell he was frustrated when there was nothing in his mailbox.

“He would walk all that way and there would be nothing there so I put in a request for my couple hundred Facebook friends asking if they could send him a letter or a card – anything at all.” 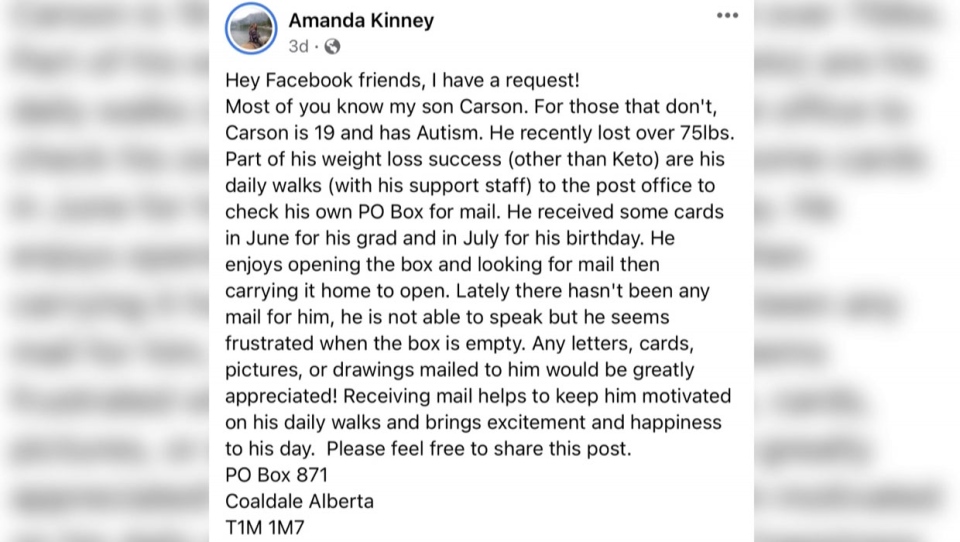 Since then, the Facebook post has been shared almost 3,000 times and is attracting a lot of attention from across North America.

“I’m speechless and overwhelmed and it just means a lot to me and to him,” Kinney said.

Kinney said, at first, her son couldn’t understand why they were changing their diet and eating out less but he’s got so much more energy now. She said the walks to the mailbox now bring Swazey so much joy.

“He seems so proud when he has a card in his hand. He is unable to read or write but he loves to sit and have us read it to him,” said Kinney. 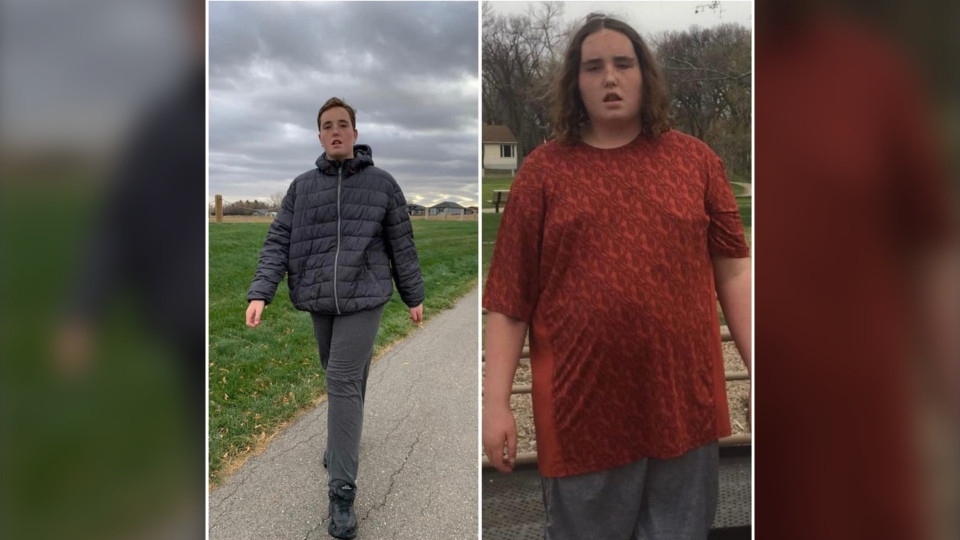 Kinney said she’s been advocating for her son her whole life. She wants people to know who he is and to make him feel like a valuable member of society.

She said he’s a sweet man who loves life and all she wants is for him to be accepted for who he is.

Kinney said the support they’ve received is beyond anything they could have ever imagined.

She said anyone wanting to send her son a card or package should know he loves watching cartoons and hockey, he likes things that light up and he enjoys looking at photographs and drawings and being read to.

You can reach Carson Swazey at: