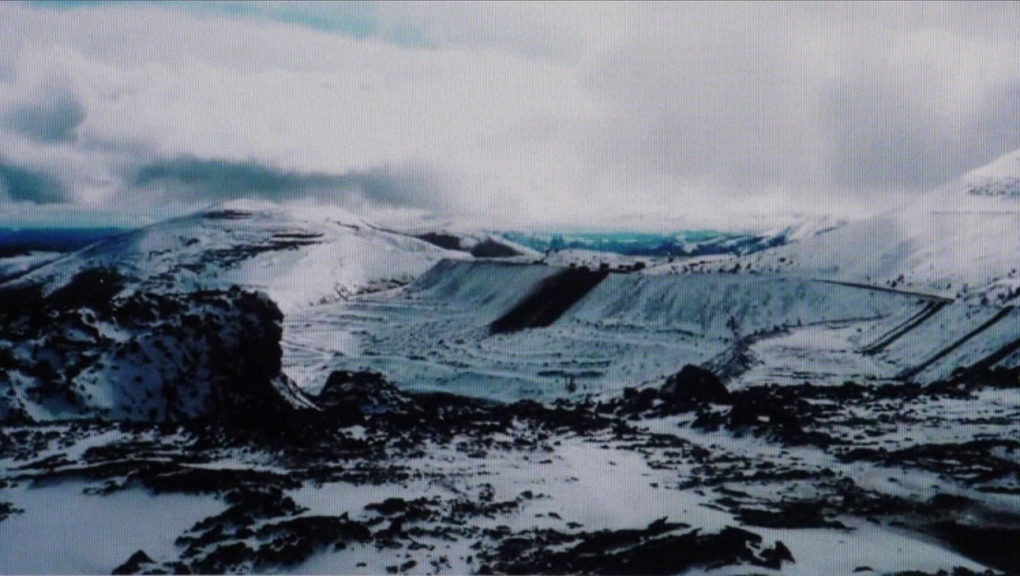 LETHBRIDGE, ALTA. -- Musicians from across the province are raising their voices against open pit coal mining in the Rockies Eastern Slopes.

A growing number of singers, songwriters and performers are signing up for a series of online events called “Protect Alberta’s Rockies and Headwaters Concert Series.”

“The way I feel about our mountain range, is like, that is part of my identity as an Albertan,” said Moranz, who grew up in Fort Macleod.

“Part of my soul is tethered to those mountains.”

Moranz said the government efforts to clear the way for open pit mining feels “short sighted” to him.

“I think it’s a great cause, and what better way to bring people together,” said Christine Berger, one of the event organizers.

Berger said she had developed quite a few contacts in the Canadian music scene through her work at pubs and music festivals.

“There was no hesitation whatsoever. Everybody completely jumped on board and was more than happy to be doing so,” added Berger.

Berger said she is not against coal miners or jobs but believes Alberta needs to start looking toward renewable energy instead of tapping into a dying industry.

She used to work in the oil industry as a heavy duty electric motor mechanic, but switched careers and became a health care worker, because she kept getting laid off. 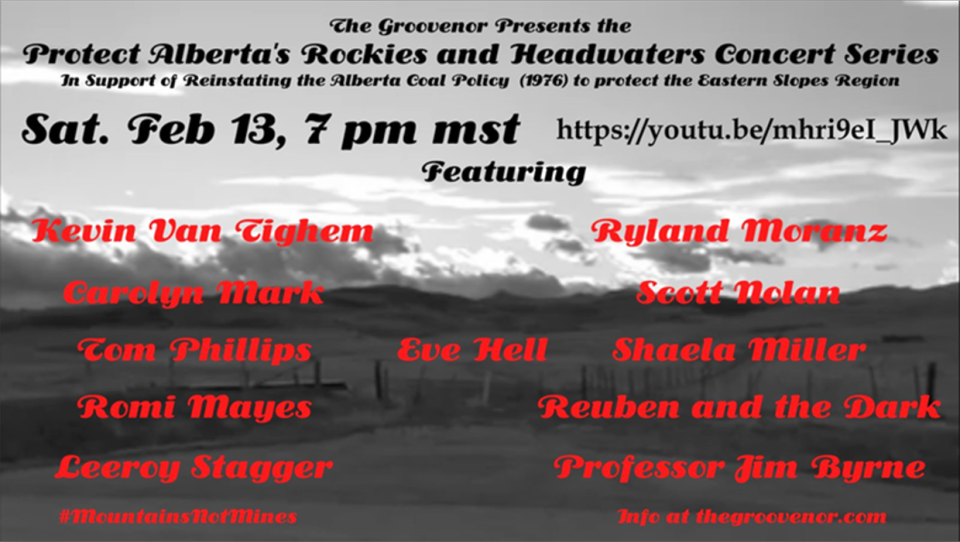 “There has to be change,” said Berger.

“If we have to change industries, why can’t the government? There’s other resources to look into.”

Interest in the concert idea has quickly spread across the province. The Groovenor, a live music venue in Edmonton run by Jeremy Smith, is helping to promote the series and has been reaching out to musicians.

“There’s a huge emotional attachment to the vistas that you get.”

Smith said while he lives 350 kilometers from the mountains and can’t see them from his house, he knows they are there and they mean something to him.

“We’re told to trust the process and the regulator,” said Smith. 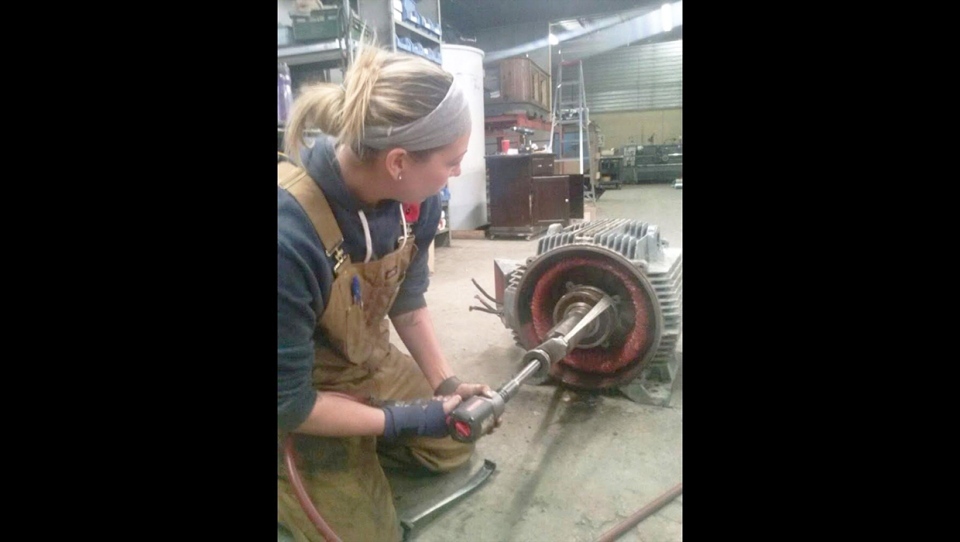 “But it’s the same regulator and the same sort of process that has left us with how many oil wells to reclaim, and the companies have no money to clean up, and now it’s all on the taxpayer to do.”

The other event organizers are Bryan Taylor and Marie Aitken. Berger said they are hoping to have Indigenous performers take part in the series.

The shows will be on Saturday nights, starting at 7 p.m. MT

Two of the concerts are already fully booked, with ten performance slots at ten minutes each, however Smith said that isn’t set in stone and could vary.

The events will also include speakers, who will provide information about the coal projects and the impact they will have on the landscape, wildlife and water.

Smith said the concerts are about raising awareness, and will offer suggestions on direct action that people can take, to help stop open pit mines from going ahead.

Shows will be conducted via Zoom, streamed to YouTube for wider distribution.  Artists can choose to take part live, or send in a pre recorded segment.

Reuben Bulloch, singer and songwriter for Calgary based Indie folk band Reuben and the Dark, is currently in California working on his music. But he was among the first to sign up for the opening concert.

“I think it’s really cool that so many voices have gotten involved now, and that music is behind what’s putting pressure on the government," said Bulloch. 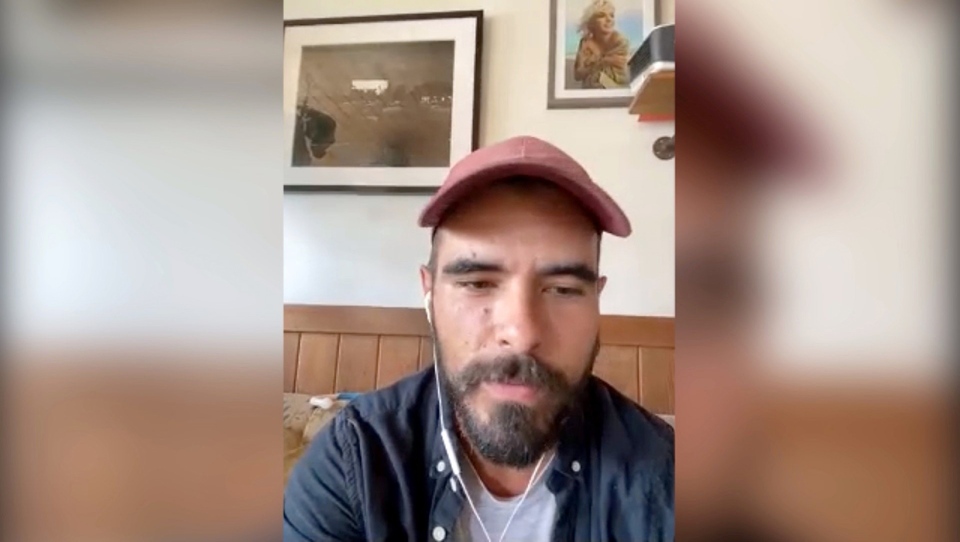 Bulloch said he doesn’t write songs about social issues, and tries stay out of politics, but is prepared to speak up when it’s an issue that he truly cares about.

“To me, it doesn’t seem political at all. It’s whether you want to be destroying the environment in a part of Alberta that is so beautiful.”

The shows will be conducted by Zoom and streamed to YouTube for wider distribution. The concerts are free but “pay what you can” tickets starting at $6 are also available through sidedooraccess.com, an online platform that matches artists with spaces to create shows at anytime.

Proceeds will be donated to a GoFundMe campaign to help cover costs associated with legal challenges to the open pit mines.

Smith said they already achieved their first goal when the Alberta government announced it was reinstating the 1976 coal policy that offered protection against mountain top mining in the Eastern Slopes.

But he said organizers plan to keep the concert series going, as long as needed to get regulatory protection against mountain top mining in Alberta’s headwaters.

“Until they put on a blanket ban that’s enforceable and durable, there’s still work to be done.”