Alberta nurses union and province at odds over contract negotiations

CALGARY -- The head of the United Nurses of Alberta, the union that represents more than 30,000 nurses, and the province, are bickering over collective agreement negotiations dates.

Contract negotiations expired in March because of the pandemic and both sides agreed to delay talks.

The nurses union doesn’t want to wait anymore and wants to meet with the province on November 16th.

David Harrigan, the director of labour relations with United Nurses of Alberta, says the province announced last year it will layoff 750 nurses.

“We’re asking for stability,” he said.

“We’re asking that there won’t be any layoffs until a new collective agreement is reached and the province will tell us what its plans are.”

The province rejected the November 16th date, saying it wants to delay negotiations until March 31, 2021 and set the same date for layoffs.

In a statement the finance minister accused the union of “orchestrating an overreaching and disingenuous demand for indefinite job security”.

Travis Toews went on to say the he is “extremely disappointed that the union leadership has rejected stability during the pandemic." 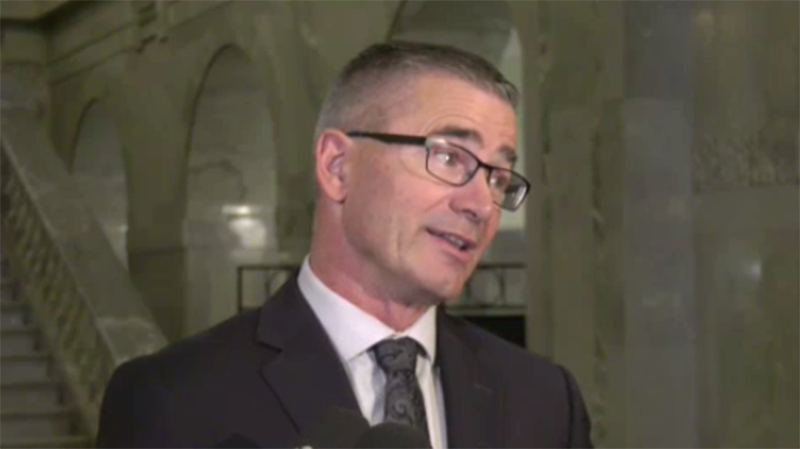 Harrigan says not delaying layoffs would create uncertainty within the the health care system.

Premier Jason Kenney acknowledged the tremendous work nurses have done during the past seven challenging months.

“That is why we have asked the UNA to work with us in just deferring negotiations on their new contract until we are out of the COVID era," said Kenney. “We don’t want the government of Alberta or the nurses union to be distracted by contract negotiations at this time,”

The United Nurses of Alberta committee plans to meet next week to discuss the situation.