A southern Alberta byelection, which could earn Premier Danielle Smith a seat in the legislature, is still a couple of weeks away, but questions are being raised over her presence at an event in the riding on Tuesday.

Smith, who is in the running in a byelection in Brooks-Medicine Hat, attended a grand opening event for Medicine Hat College's new Co-op Wellness Commons.

The premier says she was not using the occasion as a campaign stop and was only there in her role as Alberta's premier.

"I was invited to come here," she told the media. "I get that this event has been planned for some time (and) that Minister Copping and Minister Nicolaides were both coming here."

However, the Alberta NDP isn't convinced and say the situation needs to be examined a bit closer.

"Certainly, it goes against both the spirits of the acts and, in fact, historical comments made by Danielle Smith," said MLA David Eggen.

The situation he referred to was when Smith filed a complaint with Alberta's ethics commissioner when then-Education Minister Gordon Dirks authorized some new modular classrooms in Calgary-Elbow – the riding where he was a byelection candidate.

Dirks was later cleared of any wrongdoing, but the ethics commissioner said his actions could be described as "blatant political opportunism." 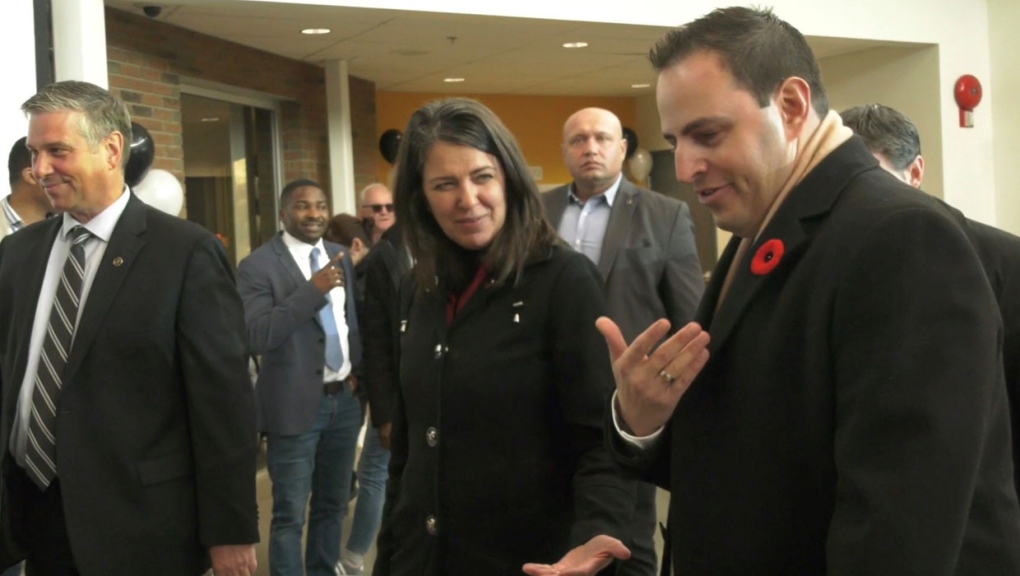 Meanwhile, Smith says it would have been odd for her to miss out and doesn't see her attending as a mistake.

"I think it would have been strange for the premier to be in the riding and not attend this event and this celebration," she said.

CTV News reached out to the office of the ethics commissioner about the present circumstances and an official said it isn't unusual for a politician to participate in an event.

"An election goal is a political goal and not a private interest," the office said in a statement. "Only private interests are covered by the Conflict of Interests Act."

The Alberta NDP, however, says the violation was of the Election Act, which prohibits "any information about its programs or activities" in impacted electoral divisions.

"During a byelection, the use of the name, voice or image of an individual who has been appointed to cabinet but is not an MLA is not allowed," the document reads. This includes communications that are allowed under one of the exemptions outlined in Section 7 of this document."

"The Elections Act prohibits the use of government communications to help the governing party win a byelection," said Benjamin Aldritt, communications director with Alberta's NDP caucus in a statement. "The Elections Act specifically prohibits unelected cabinet ministers from using their office to help win their seat, as Smith obviously did today."

The Brooks-Medicine Hat byelection is set for Nov. 8.