Alberta premier faces his biggest challenge: his own party as protesters force lockdown at Calgary casino

The UCP's annual convention this weekend started out with tension both inside and out.

Not only did Premier Jason Kenney find his leadership being challenged inside the Grey Eagle Casino, but shortly after 6 p.m., protesters gathered outside the casino armed with signs speaking out against vaccine mandates and calling for the premier's resignation.

Tsuut'ina police guarded the entrances and for about 40 minutes, no one was allowed in or out of the venue. 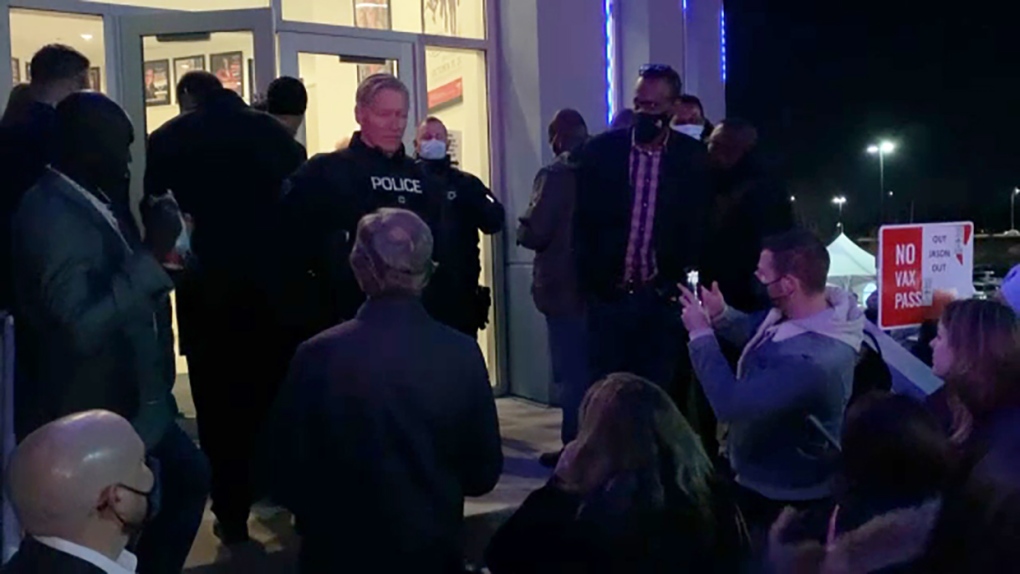 Kenney arrived at the venue not long before the protesters, where he discovered the climate inside the building won't likely be much more welcoming this weekend.

His words, for the incoming AUMA (now renamed the AM) president may have been directed at all Albertans as well.

"We know, what we all know," said Kenney, "It's a lot easier to tear down than to build up. And it's hard to lead, especially at a time of crisis like we've been going through."

Kenney's leadership is about to be tested by his own party. 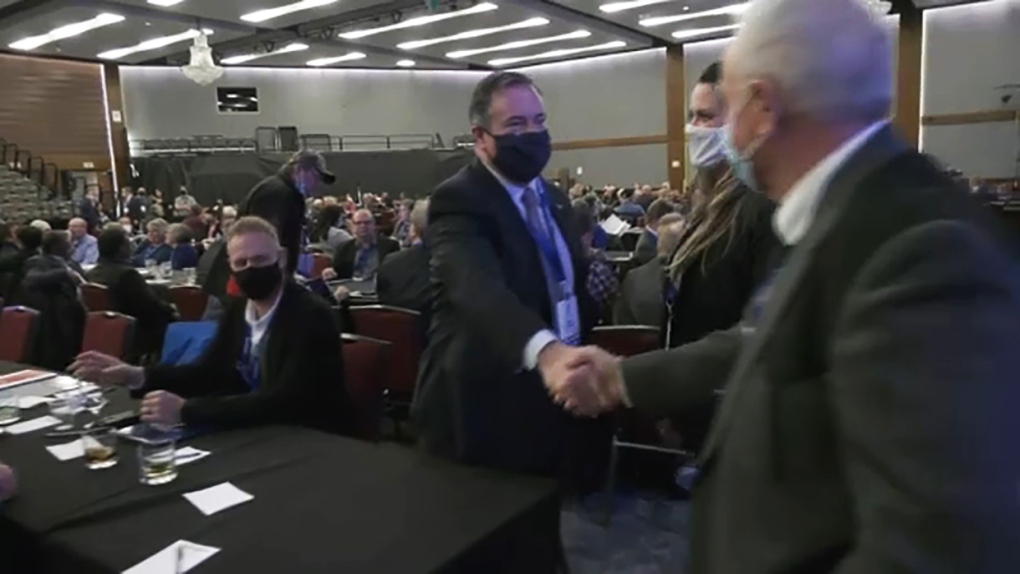 The United Conservative Party's annual general meeting kicks off in Calgary Friday night and nearly two dozen constituency associations are calling for an early review of his leadership, unhappy with his actions throughout the pandemic.

"The range of people that are angry with him for a number of different reasons is so substantial, it's difficult to understand how he can win that confidence and trust," said Mount Royal University political science professor Lori Williams.

One of the constituency associations demanding an early leadership review is Olds-Didsbury-Three Hills, where members feel they could lose voters to the revamped Wildrose Independence party.

Erhard Poggeemiller is on the board and says members need a firm answer.

"I think that is really a new leader, "he says, "Or a resounding leadership confirmation - one of the two...and then I think we need to put it to bed and move ahead."