CALGARY -- Alberta is rescheduling some second-dose appointments of COVID-19 vaccinations due to shortages in vaccine.

It comes one day after the province stopped all first-dose appointments due to Pfizer supply chain modifications which will delay the arrival of more vaccine from that supplier.

The province did receive a shipment of Pfizer vaccine Tuesday but those doses are expected to dwindle to zero within a week.

More than 92,000 doses of COVID-19 vaccine have been administered in Alberta so far, which has used up more than 91 per cent of the vaccine the province has received. 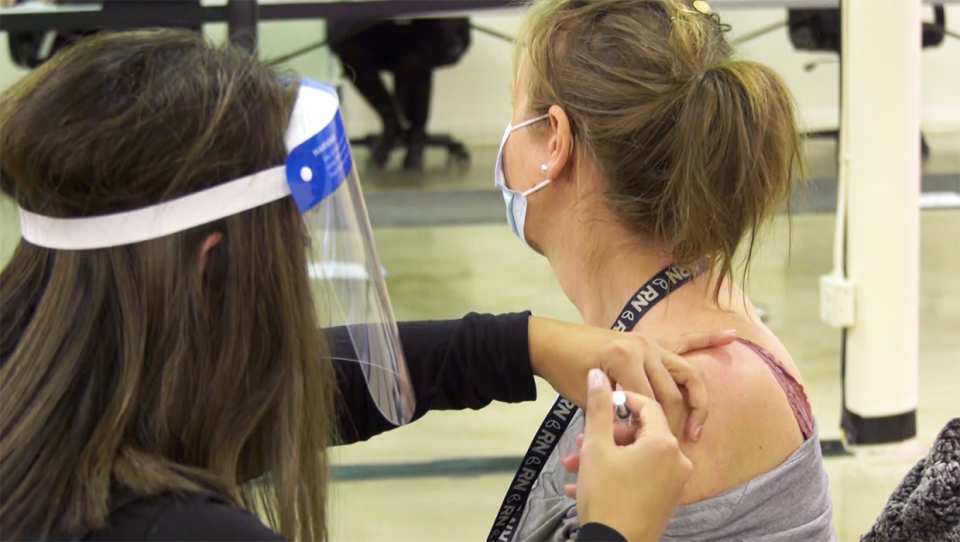 Alberta Health has some second doses set aside for people who already got the first shot, including more than 33,000 heath care workers.

One Calgary emergency room doctor says he’s not concerned by the delay even if it means his second dose does get bumped back a bit.

“Probably not worrisome as long as we don’t go past about  eight weeks between doses,” said Dr. Raj Bhardwaj who explained that data shows immunity lasts at least that long.

“There will be bumps in the future as well, but I think we’re on the right track,” he added.

The province says most long term care residents also had their first doses and are at the front of the line to get another.

"That second dose vaccine for those who live in long term care or designated supportive living are our top priority,” said Dr. Hinshaw.

When supply does increase, the province will next target seniors 75 years or older who live anywhere in Alberta and anyone 65 or older on a First Nation or Métis settlement.

230, 000 doses of the Moderna vaccine are expected to arrive in Canada the first week of February, with more coming every three weeks.

Across the country, some people are urging the prime minister to fight harder to get the Pfizer vaccine faster.

“I'd be on the phone every day. I’d be up that guy’s yin yang so far with a firecracker he wouldn't know what hit him from Pfizer,” said Ontario’s Premier, Doug Ford.

But officials in Ottawa say the impact of the delay is minimal.

“In fact we're receiving 82 per cent of what we originally planned on receiving,” said Major General Dany Fortin, Vice- President of Operations with the Vaccine Roll-out Task Force.

The prime minister says the Pfizer delay is temporary and does not change projections.

“Our vaccination objectives for the first quarter of the year, January to March, are not changing.”

“We will have enough vaccines in Canada for everyone who wishes to be vaccinated prior to the end of September,”  said Anita Anand, Federal Public Services and Procurement Minister.

Don’t expect restrictions to end at the same time, as it’s still unclear how long immunity will last and if vaccinated people can still spread the virus.

“Mathematically the best tool to stop the spread is the strong lockdown plus travel control,” said Gosia Gasperowicz, a developmental biologist and researcher who has been tracking COVID-19 trends around the world.