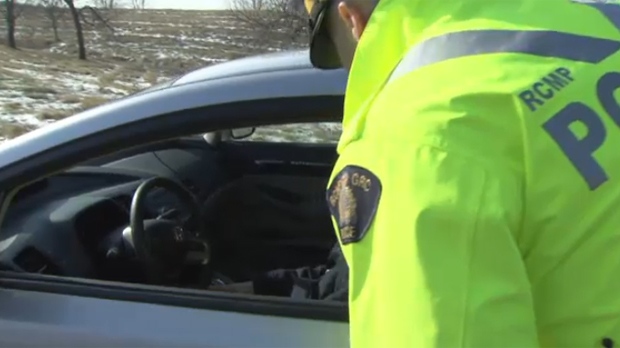 Starting December 4, RCMP all over the province will be out in force to keep impaired drivers off the roads and highways as part of the Canada-wide CheckStop initiative.

Friday is National Impaired Driving Enforcement Day, and it's also the first day of the Christmas season where RCMP officers will take to the road in the province's 112 local detachment areas and area highways.

The goal of the initiative is to make sure impaired drivers are kept off the roads and send a strong message to everyone throughout the province about the leading cause of criminal death in Canada.

Police say that it's vitally important that Albertans who are on the road everyday can recognize an impaired driver and then report that information to police, who may not be there to make an arrest.

Superintendent Ian Lawson, officer-in-charge of the Alberta RCMP Traffic Service says there are things people can do before even those driver get on the road in the first place.

"It’s not just about the impaired driver. It’s about friends and family stepping up to make sure the people in their lives are sober when they get behind the wheel. Insisting a friend crash on your couch is better than having them crash on the road – especially if you know they shouldn’t be driving."

The CheckStop blitz, repeated five times, has stopped over 345,000 vehicles and resulted in over 2,500 enforcement actions.

Police say that drivers caught with a blood alcohol level of over .05 will be subject to an immediate three-day suspension and seizure on a first offence.

GDL drivers who have any level of blood alcohol will face an immediate 30-day suspension and seven-day seizure.