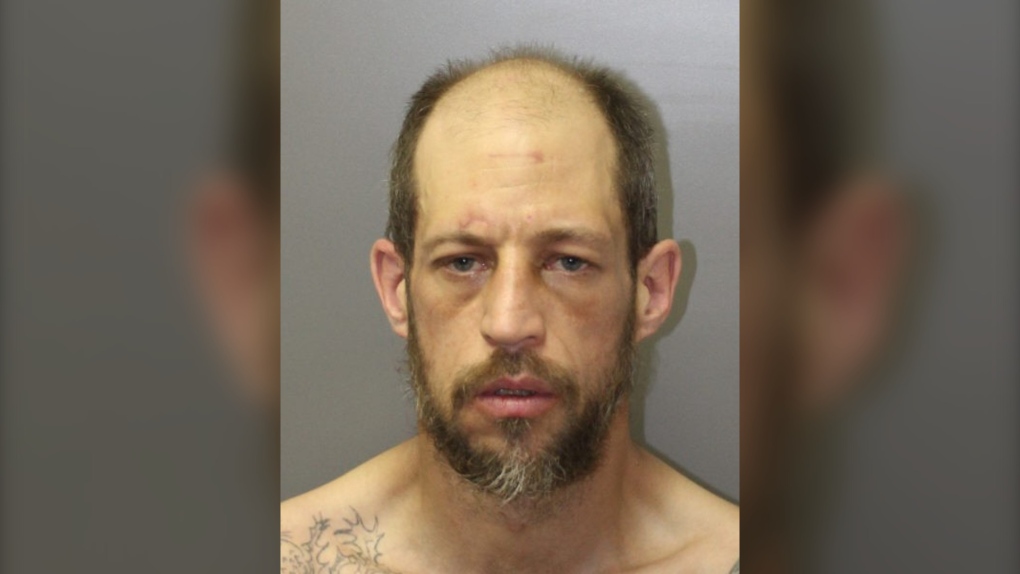 Patrick Robert Kimmel is wanted in connection with a home invasion in Drumheller. (RCMP handout)
CALGARY -

Alberta RCMP have arrested a wanted man believed to be "armed and dangerous."

The accused, 43-year-old Patrick Robert Kimmel, was wanted in connection with a home invasion in Drumheller.

RCMP said the robbery happened in the community of Newcastle at around 7:30 a.m. Sunday, Sept. 19.

It's alleged Kimmel entered the home while armed with a weapon and stole "personal items" from the occupants, according to an RCMP release.

Police said none of the occupants were injured in the robbery, which is believed to be targeted.

It's alleged Kimmel then left the home in a black early 2000s Ford Mustang.

Kimmel was wanted on charges of robbery with a weapon, break and enter, possession of a weapon for a dangerous purpose and uttering threats.