CALGARY -- Before she’d broken down barriers and accomplished a string of firsts, Violet King-Henry was simply a friend.

“Being introduced to her and her being black made her kind of special,” recalls Pauline Foggo, who met Vi when she was about 11 years old. Foggo and her twin sister Pearl Hayes went on to form a close friendship that lasted through the years.

The women were all bridesmaids at each other’s weddings and stayed in touch through the years.

Even as teenagers, it was clear Vi King-Henry was focussed.

“If we had a sleepover and stayed the night, we’d talk all to the wee hours of the morning, but Vi studied after we finished,” says Foggo.  “We went to sleep. Vi would still study.” 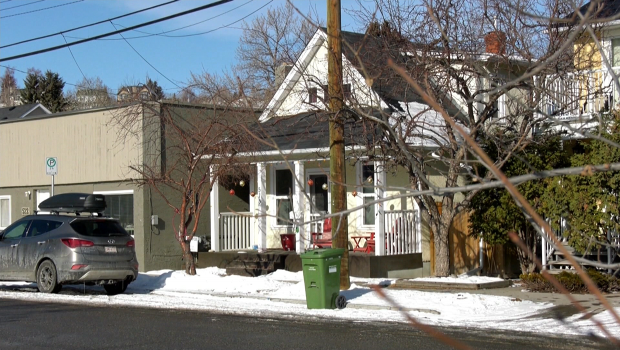 The girl’s families moved to Alberta around 1910, part of a wave of black migration from the United States. The twin’s grandfather was born into slavery, as was King-Henry’s.

King-Henry graduated in the top four of the University of Alberta’s law program in 1953 alongside future Alberta Premier Peter Lougheed. She was called to the Alberta bar in 1954, becoming the first black lawyer to practice in the province, and the first black female lawyer in Canada.

She practiced criminal law in Calgary for two years before moving to Ottawa to work for the federal government. Her career later took her to New Jersey and eventually Chicago.

Her childhood home is still standing in the 500 block of 7 Ave Northwest in Sunnyside.

"I think every young black law graduate in Alberta should know the story of Vi King and know that she opened doors," says filmmaker, author and playwright Cheryl Foggo, who is Pauline's daughter. "She broke down barriers and we all owe a debt of gratitude to her."