Alberta's summer of storms results in more than $300M in damage

Alberta's summer of storms results in more than $300M in damage 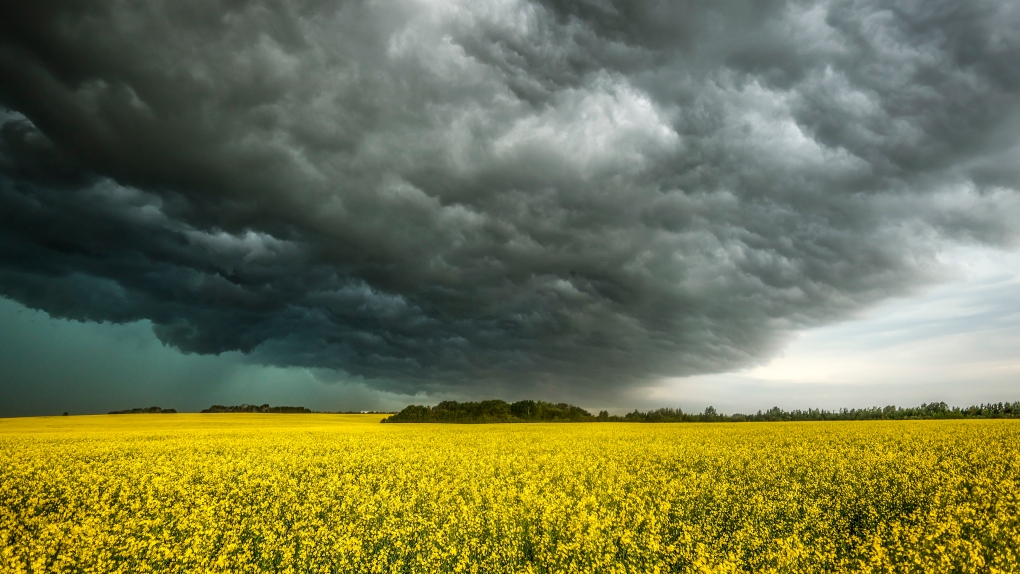 There were five storms in Alberta this summer that have been classified as catastrophes, which are weather events that resulted in more than $30 million in insured damages. (THE CANADIAN PRESS/Jeff McIntosh)

New data collected on insured damages from severe weather events has spelled bad news for many residents of Alberta.

The Insurance Bureau of Canada (IBC) says a series of storms that struck in Western Canada resulted in more than $300 million in insured damage.

Four of the storms occurred in July while a fifth took place in August:

"The July and August storms are a sobering reminder of the increasing risks facing communities across Canada," said Craig Stewart, IBC's vice-president of climate change and federal issues, in a release.

"While the longer-term impacts of the climate crisis must be addressed, considering the increasing number of near-daily extreme weather events already occurring across Canada, we cannot wait to limit the impacts of climate change."

In addition to the statistics on this summer's storm season, IBC says an update on the figures connected to a severe hailstorm in Calgary means that weather event is one of the costliest in Canadian history.

The hailstorm in July 2021 struck several communities in Calgary, causing millions in damage.

Emergency officials say during that storm, they received 200 emergency calls and were active at approximately 70 incidents.

While initial estimates from that storm were less than $300 million, IBC has now updated those figures to more than $600 million.

"Our thoughts are with those whose lives have been disrupted and whose homes have been damaged. Canada's insurers are always here to help residents recover from these storms. IBC has been there from day one and will provide continued support during this difficult time," said Aaron Sutherland, IBC's Pacific and Western vice-president.

The company says the frequency of thunderstorms in Canada has increased, with insurance claims jumping by four times the amount reported in 2008.

With Alberta suffering the most during those weather events, the IBC says governments need to do more.

Those steps include prioritizing investment in projects that protect families and communities from climate change.