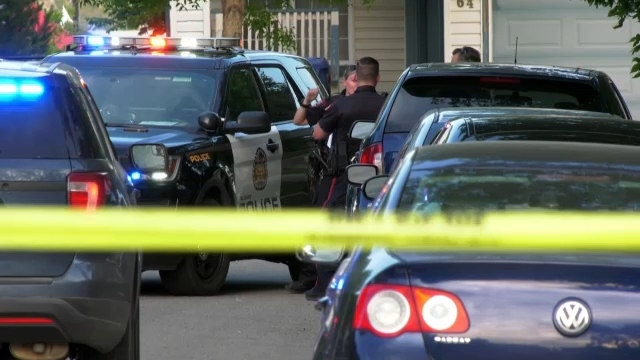 Most provinces saw a drop in the crime severity index during the pandemic, with Alberta seeing one of the largest reductions in the country at 11 per cent, according to numbers released by Statistics Canada.

Calgary saw a 17 per cent drop in its crime severity index, which was the second largest in the country, behind Regina, Sask. (-20 per cent).

Some cities saw their crime severity index go the other way. Peterborough, Ont., saw a 14 per cent increase, followed by Greater Sudbury, Ont. (7 per cent), Kingston, Ont. (four per cent), Victoria (three per cent) and Halifax, N.S. (two per cent).

"You certainly saw that across the country with the pandemic and related restrictions that were put in place," he said. "Most notably, we saw the biggest impacts over the first  three months of 2020 ... driven by a decrease in property crimes, robberies and reported sexual assaults."

The number of police-reported hate crimes increased 37 per cent to 2,669.

Police do expect the crime severity inex to go back up now that restrictions are loosening, said Tawfik.

"We're anticipating a bit of a rebound in that regard, as far as activity, and that can be driven by a lot of factors, not just things opening up, but also economic conditions and other things. We are certainly watching that and tracking that."

A rescue operation is underway Monday for 39 people stuck underground at Vale's Totten Mine in Sudbury, Ont., CTV News has confirmed.

R. Kelly, the R&B superstar known for his anthem 'I Believe I Can Fly,' was convicted Monday in a sex trafficking trial after decades of avoiding criminal responsibility for numerous allegations of misconduct with young women and children.

First-time MPs get first taste of their new jobs

Newly-elected MPs caught a first glimpse of what their new roles in Ottawa will entail, participating in the initial phase of the House of Commons orientation program on Monday.

Homicides in the U.S. in 2020 increased nearly 30% over the previous year, the largest one-year jump since the FBI began keeping records, according to figures released Monday by the agency.

Ontario man out $18,000 after being tricked into thinking he won lottery he never entered

It was a phone call that came out of the blue. An Ontario man was told he had won $3.5 million in a lottery he never entered.