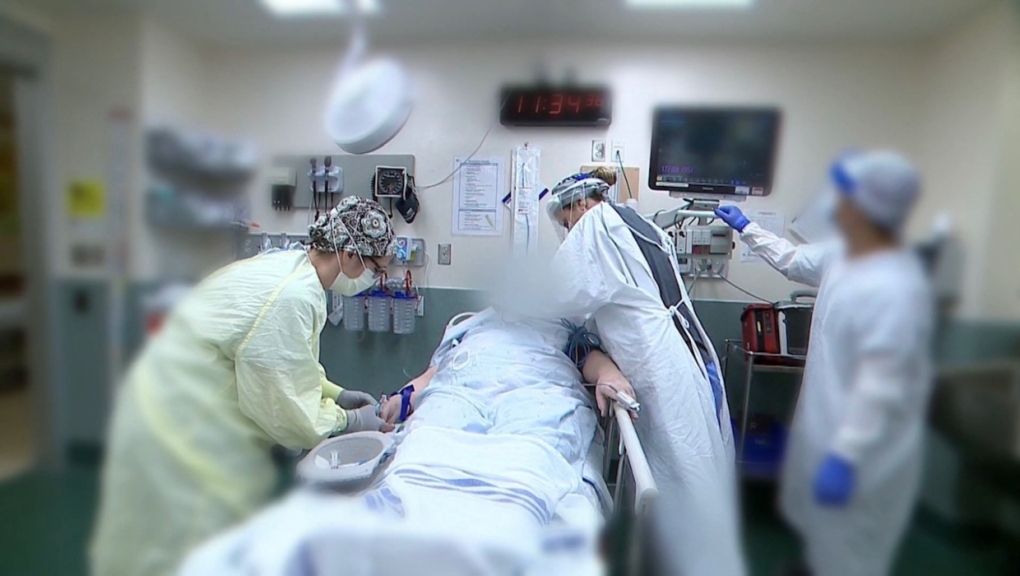 A report done by five Alberta Health Services officials suggests excess death rates in the province increased during the first year-and-a-half of the pandemic, especially among younger Albertans.

The report was published in the International Journal of Infectious Diseases and compared the period of January 2020 to May 2021 to previous years to determine excess mortality.

Excess mortality is the percentage of deaths that occur more than expected during a certain time period and can help officials better understand the direct and indirect consequences of the pandemic.

The report found deaths in Alberta increased by 11 per cent during the 17 months that were studied.

"Increase in all cause-excess deaths was proportionately higher, and in significantly greater numbers, in the younger age groups," the report says.

COVID-19 accounted for a majority of the excess deaths, the report found, while drug poisoning deaths attributed to 18 per cent of the increase in mortality with people between the ages of 25 and 60 most affected by the latter.

In an email to CTV News, AHS said they recommend these findings be factored into public policy decisions on epidemic/pandemic management.

"Our study found that during the first part of the pandemic in Alberta, reported COVID-19 and overdose deaths account for the vast majority of the increase in deaths, but there have likely been other deaths beyond the normal, for a range of reasons.

"The increase in excess deaths from all causes was proportionately higher, and in significantly greater numbers, in the younger age groups.

"The reasons are not clear but it suggests the pandemic has had a severe impact on young people, not just from COVID-19 itself but also the disruption of services and social contacts of all kinds.

"We know the COVID-19 pandemic has contributed to the ongoing overdose crisis in terms of changing toxicity of the drug supply, as well as increasing isolation, stress anxiety, and has exacerbated the challenges that people who use drugs already face with accessing services.

"Deferral of care is likely a significant factor in any increase in deaths beyond what has already been reported, as visits to healthcare providers dropped sharply, especially early in the pandemic, including family physicians and Emergency Departments."