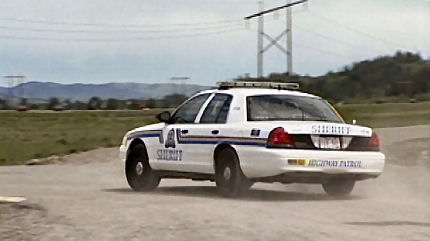 Alberta sheriffs shut down a suspected drug house in northwest Calgary Tuesday. The police received over 30 complaints about the house between 2018 and 2020. (File photo).

CALGARY -- Alberta sheriffs shut down a northwest Calgary drug house Tuesday that the police were summoned to over 30 times between 2018 and 2020.

The Safer Communities and Neighbourhoods (SCAN) unit of the Alberta Sheriffs obtained a court order that went into effect at noon Tuesday, allowing them to close the house, located at 204 Cardiff Drive N.W., for 90 days.

Crews boarded up the house, changed the locks and put a fence around the property. The barriers will remain until Nov. 1. The homeowner, whose son lived there and was renting it out to a number of tenants, will be granted access in order to conduct repairs.

The action came after numerous complaints were received from the community about drug use, trafficking and other criminal activity, which activated the SCAN investigation, which was launched in June, 2019.

Calgary police were called to the address 32 different times between January 2018 and February 2020, with complaints about weapons, noise, stolen vehicles and other disturbances, including a June 2020 complaint about multiple gunshots that left bullet holes in a neighbour's home, as well as one person on scene receiving a bullet wound.

Alberta Justice Minister Doug Schweitzer said, in a statement, "Left unchecked, criminality can disrupt the peace within an entire otherwise law-abiding community. Thanks to the SCAN unit, a regular source of violence and disorder within this neighbourhood has now been shut down."