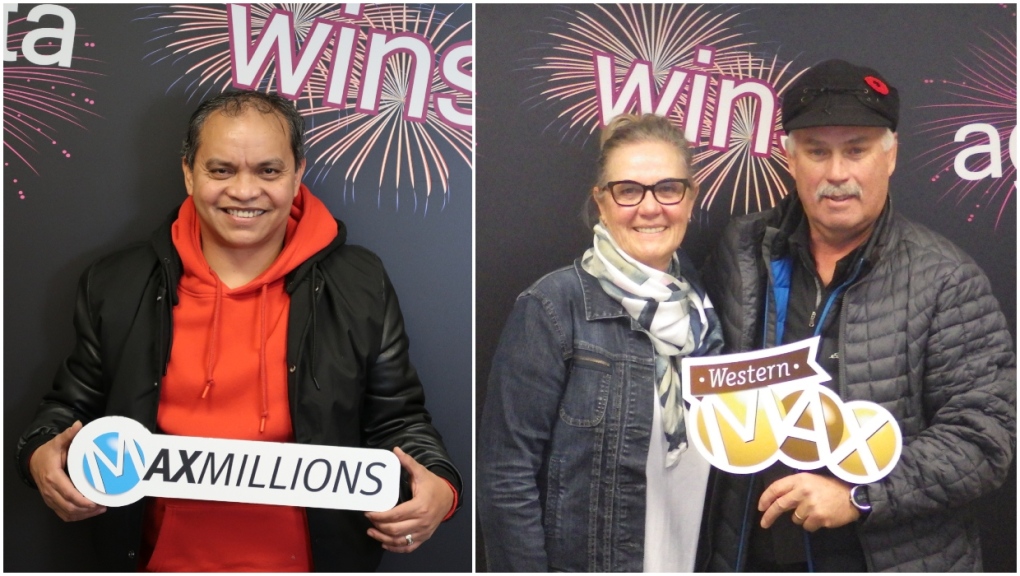 Thorne and Maxine Thompson bought their winning Western Max ticket from a Co-op in High River on Oct. 18, but the pair, who are residents of Nanton, didn't check it for a week.

It wasn't until Oct. 27 that the Thompsons discovered they had won $1 million on the Oct. 18 draw by matching all seven numbers correctly.

"We really couldn’t believe it," Maxine said in a news release. "We are going to put it in the bank, and we want to help out the family."

"We used to dream about being lottery winners; now we are."

The second winning lottery ticket was purchased just three days after the Thompsons bought theirs.

Lorniel Velez bought his Lotto Max ticket from a Circle K in High River on Oct. 21, returning to the same location a week later to check it.

Velez ended up winning one of the Max Millions prizes on the draw.

"I got home and asked my wife what she wanted me to buy for her," he said.

"I’m going to pay off my mortgage and put some into savings.

Velez says it's a relief to not have to worry about how he'll pay to send his kids to college.

The Circle K where Velez bought his ticket (on Fifth Street S.E.) is about a 15 minute walk from the Co-op (on First Street S.E.) where the Thompsons bought theirs.

Newly discovered asteroid makes one of the closest approaches of Earth

An asteroid the size of a box truck made one of the closest passes of planet Earth ever recorded.

Retain nurses before recruiting nurses from other provinces: association

Efforts to lure nurses from other provinces are underway in several parts of the country, but the head of a national nurses association says the poaching won't solve anything unless working conditions are improved.

Auschwitz-Birkenau survivors and other mourners commemorated the 78th anniversary Friday of the liberation of the Nazi German death camp, some expressing horror that war has again shattered peace in Europe and the lesson of Never Again is being forgotten.