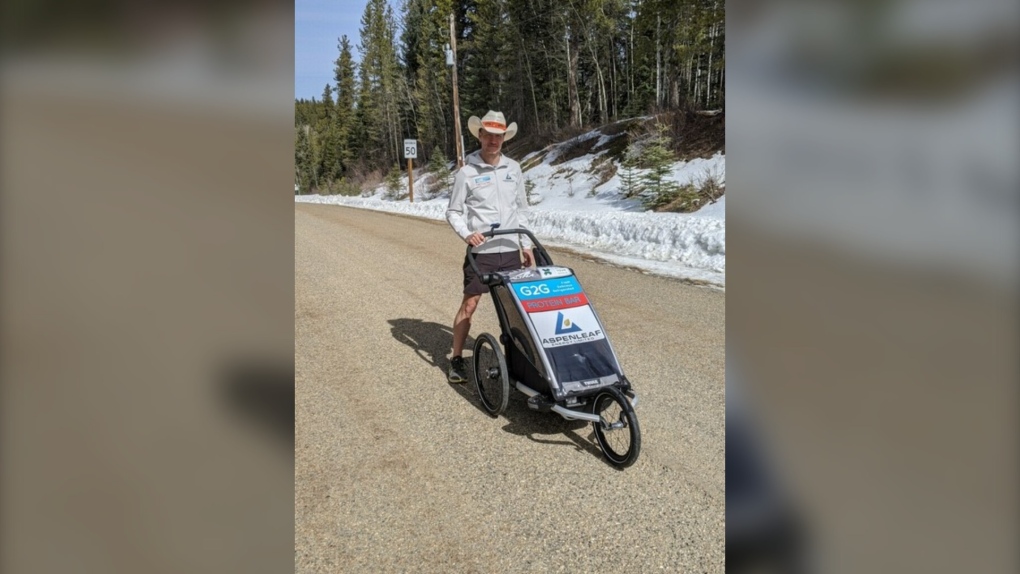 Canadian ultra-runner Dave Proctor plans to run across the province in the spring.

CALGARY -- The COVID-19 pandemic has forced thousands of athletes in various sports to cancel their plans, but an Alberta ultra-marathon runner isn’t letting that stop him from pushing his body to the limit.

“When no one invites you out to a party, you have to start your own,” said Dave Proctor.

The 40-year-old from Okotoks plans to set off at the end of April or early May, running a non-stop distance of 537 kilometres (333 miles) from west to east, across the entire province of Alberta.

An exact date is still to be determined pending weather conditions, but Proctor hopes to set a 'Fastest Known Time' (FKT) record and complete the run in under 72 hours.

“I’m going to start off at the B.C. border, about 10 kilometres west of Lake Louise, at around 9 a.m. on the given day I choose,” he said.

“It’s going to be a sustained run, I might need to stop for a quick 20 minute nap if I start to run into traffic, but my plan is to not sleep.”

The run will be entirely self-supported as Proctor will push a stroller carrying G2G energy bars for electrolytes and enough water to stay hydrated.

Proctor was originally planning to run across Canada this summer in an effort to break the trans-Canadian speed record of 72 days and 10 hours set by Al Howie in 1991.

That attempt has once again been pushed back to next summer as a result of the pandemic.

“It just wasn’t possible travelling from province to province as more flags are raised, governments want you to stay home and I agree with them to do things in a safe manner,” Proctor said.

“I’ve got all this fitness pent up and I want to do something with it because I don’t know if we’re going to have races this year. I’m hoping that by going out and doing this I can spark something within other runners to challenge themselves as well to test their own limits.”

A small team is currently finalizing work on a GPS live tracker map so people can follow Proctor’s progress in real time once he begins his trans-Alberta record attempt.