James Puckrin, the owner of ACESO Medical, is in Warsaw, Poland, to offer support in whatever way he can.

“When we heard about the war that broke out, we thought it was a moral imperative, as a medical company, to support it to the best of our ability,” said Puckrin. “With the lack of access to medicine, medical care, insulin (specifically), we wanted to come over to see if there's anything we could do as a larger organization.”

Puckrin, and Catherine Erofeeva, a licensed practical nurse with ACESO Medical, left Alberta on March 10. Since then, their days have been spent offering aid to Ukrainian refugees, and building relationships with people at various different camps, locations, and borders to better understand what type of help is needed.

“The first day was a little bit of border running for ourselves, going directly into Ukraine to deliver the insulin we brought over from Canada,” said Puckrin. “At least for the foreseeable future, due to the danger associated with Ukraine, it's mostly logistics to provide support.”

Part of that support is food delivery.

“Last week, we just provided five tonnes of food to western camps within Ukraine,” he said. 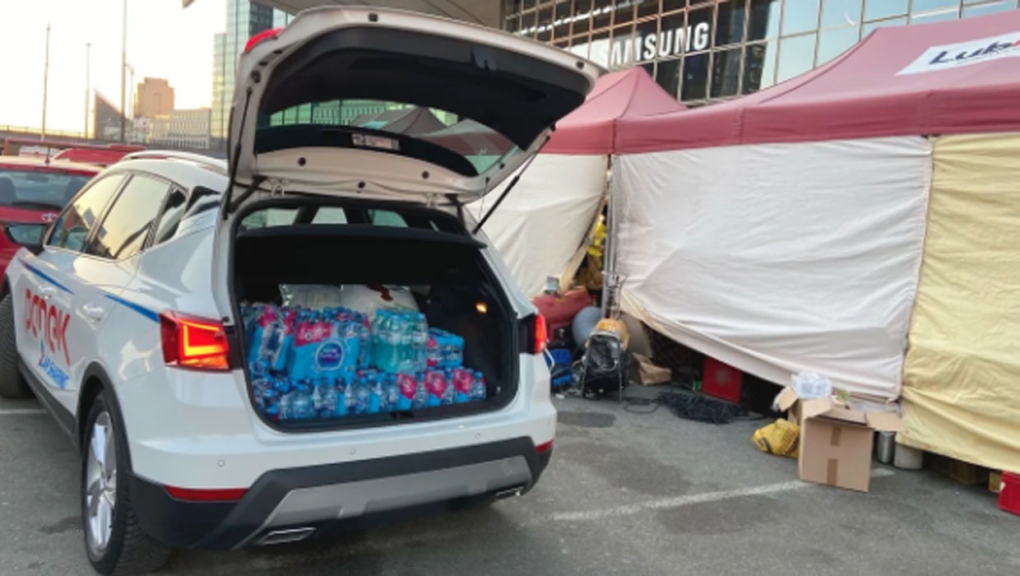 Since the start of Russia’s ongoing invasion on Feb. 24, Ukrainans have fled their country.

“(I hope people) realize how much of a travesty this is and how much people are actually suffering over there,” said Puckrin. “And, how painful it is for a lot of these people to physically have to not only leave their home, but leave a portion of their family, knowing that they're going to be back home fighting for their country.”

The UN reported three million people have left as of March 15, with the majority seeking asylum in Poland.

“As much as people might want me to say that we're seeing people break down and cry. You're seeing a little of that. We're actually seeing more resilience from the Ukrainian people more than anything else,” said Puckrin.

ACESO Medical plans to cycle staff in and out of Poland, for as long as they can.

“This is not going to end when the war ends,” said Puckrin. “There's going to be an incredible rebuilding effort.”

For Canadians hoping to help, Puckrin is urging people to do their research and donate to reputable organizations.

To stay up-to-date with ACESO Medical’s efforts overseas, and information on how to support their initiative, click here.

With files from the Canadian Press