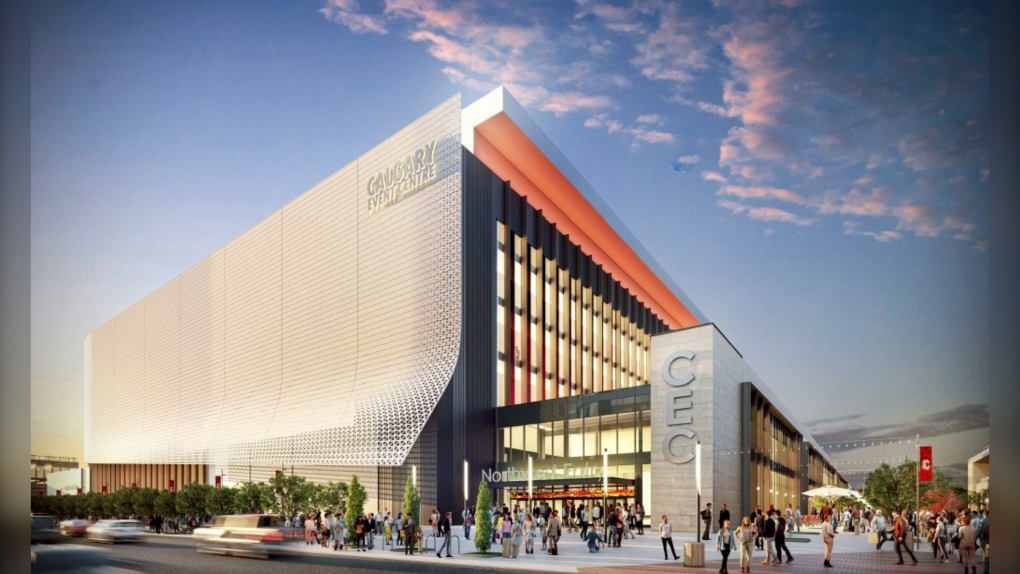 New renderings have been released for the proposed event centre in Calgary. (Supplied)
CALGARY -

Coun. Jeff Davison took to social media to post photos, which are part of the development application submitted to the city, and received nearly 200 replies, many critical of the design.

The renderings feature an exterior look of the proposed arena, depicting it as a rectangular-shaped structure with several curves in a ribbon pattern. There are also pedestrian plazas at the northwest and southwest entry gates.

One user likened it to "an air conditioner hanging out a Beltline apartment window," while others said it looked more like a big box store than an arena.

Looks like an air conditioner hanging out of a Beltline apartment window.

Davison's colleagues on council also weighed in, with Coun. Gian-Carlo Carra asking what will happen with the north façade, as it appears to be a blank wall.

Hey Jeff! The Stampede Trail (west) facade looks beautifully activated with shops/restaurants. What’s happening on the 12 AV (north) facade at street level? From the renderings it looks like a blank wall?

The Calgary design firm DIALOG has said the intent of the design is to create what they call an 'urban magnet', an anchor that helps energize a new culture and entertainment district in Calgary.

The application is under review, with a hearing expected later this fall.

I love downtown Calgary. It’s beautiful and filled with so much charm and stunning architecture. Building @JeffDavisonYYC’s arena would ruin so much of what makes it special. pic.twitter.com/FQUsVpj01S

Police say the stabbing of a long-serving member of Parliament during a meeting with constituents was a terrorist incident, and that they believe the attacker acted alone.