'An attack on all': Islamic association calls for change after Calgary incident 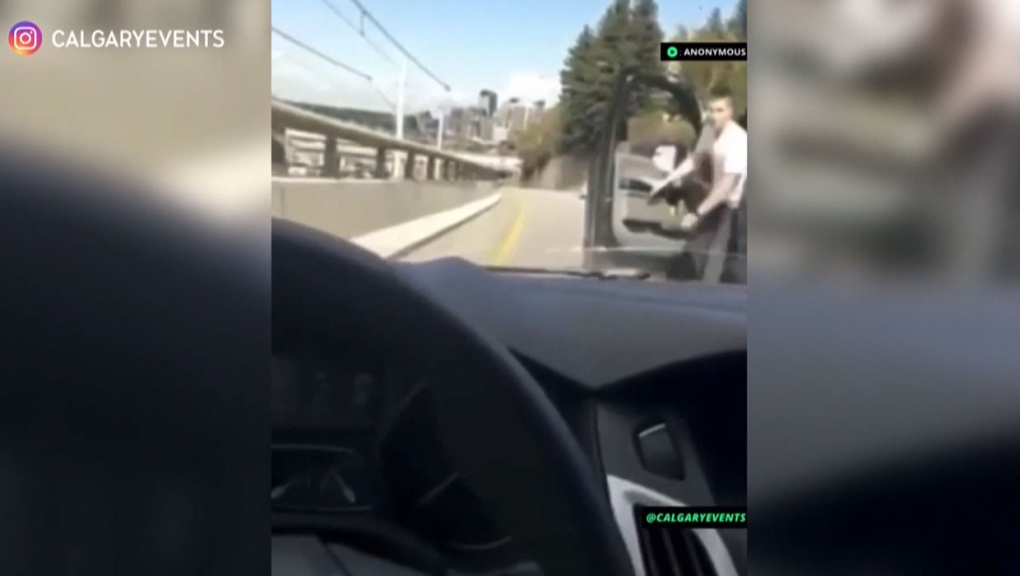 Tamer Abu Hassira was driving on Bow Trail S.W. when he was confronted by another driver who shouted racial slurs at him and called him a "terrorist." (Supplied)

CALGARY -- Days after a Calgary man was arrested and charged in what police are calling a hate crime, a group of concerned citizens is gathering in support of the victim and calling for a change in behaviour in the city.

The Hussaini Association of Calgary says it is "deeply saddened and distraught" over the events that were reported during an alleged road rage incident in southwest Calgary on Wednesday.

The group says the behaviour of the person involved in the incident is a result of rising hatred to members of the Islamic faith, which has been on the rise over the past few years.

"It is no doubt that the past year has been especially difficult for all Canadians, but these acts of intolerance and injustice further place a major toll on our community," the association said in a release.

It also recognized the immediate reaction of the Calgary Police Service that ultimately led to a suspect being arrested and charged, but called for more work to be done with this case and others like it.

The Hussaini Association says it would like to see a full investigation into the "visible hate crime" to hold the suspect responsible for his actions so the community can be protected.

It also asked for other faith and community leaders to take a stand against all types of hatred.

While on the road, police says a driver in a Ford F-150 truck began tailgating and honking his horn at him, before pulling around him and stopping.

Once stopped, the driver of the truck then got out and approached Hassira's car, yelling profanities at him and pounding on his window with his fist.

After the driver returned to his truck, police say Hassira attempted to drive away, but the other driver got out again and continued to yell profanity, threats and derogatory comments at him.

Finally, the driver tore a windshield wiper off the victim's vehicle before returning to his truck and driving away.

Hassira recorded the entire incident on his phone and that footage was turned over to investigators.

Alex John Hudson, 27, is charged with mischief to a motor vehicle.

He is scheduled to appear in court on July 7.

On Friday, Prime Minister Justin Trudeau tweeted a response to the incident, calling it "despicable."

I am disturbed by reports of Islamophobia, and violence and threats against Arab-Canadians in Calgary and other cities across the country. This behaviour is despicable, and I strongly condemn it. We must always stand together against hate that divides our communities.