And then there were 28! Former MP Kent Hehr bows out of Calgary's mayoral race 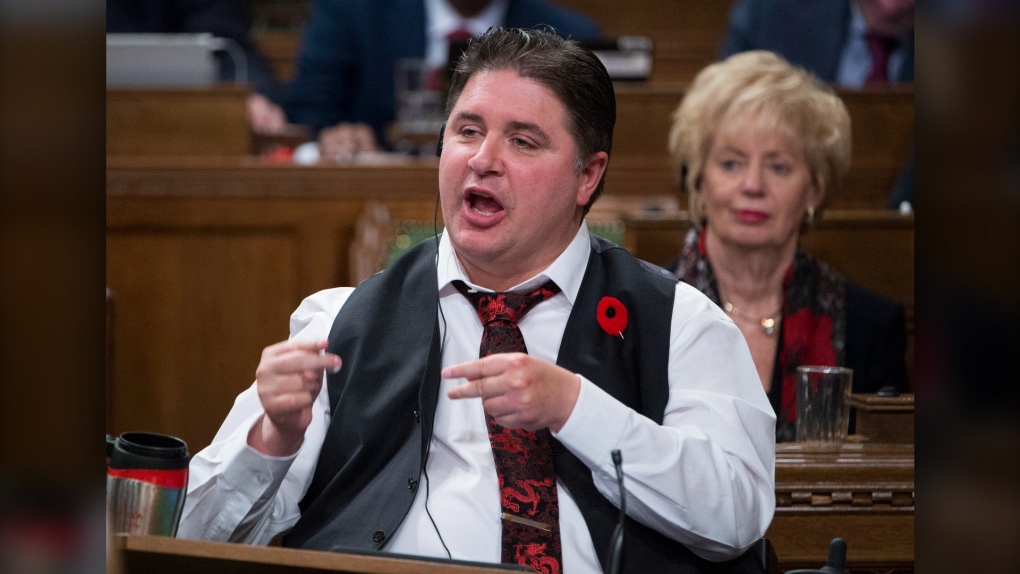 Minister Kent Hehr responds to a question during Question Period in the House of Commons in Ottawa on Oct. 30, 2017. (THE CANADIAN PRESS/Adrian Wyld)
CALGARY -

Less than three weeks after announcing his intention to run to become Calgary's next mayor, former federal cabinet minister Kent Hehr has ended his campaign citing illness as a factor in his decision.

Hehr announced his decision, and disappointment, in a statement released Tuesday.

"I began feeling ill on Sunday morning," said Hehr. "I got a COVID test and have not received the results yet. But I immediately suspended all campaign activities.

"What further complicates things is that people with spinal cord injuries are a higher risk for COVID complications. Although I am double vaccinated, given the number of people with the Delta variant in Alberta and the ICUs being at or near capacity, the risks to my health are compounded.

"However, please do not mistake my withdrawal from the campaign with indifference to the campaign."

Hehr ended his campaign by touting the need for a progressive property tax system where the wealthy pay a higher rate, fare-free public transit, and plans to end chronic homelessness.

This is the second time Hehr has announced plans to seek the mayoral role but bowed out before Calgarians cast their ballots. Hehr withdrew from the 2010 race and announced his support for Naheed Nenshi.

Calgarians will head to the polls on Oct. 18. With Hehr's withdrawl, 28 candidates are competing to become the city's next mayor.