Another Makar making headlines with the Brooks Bandits

When it comes to hockey, Taylor Makar is following in older brother Cale's footsteps.  Both came up through the Calgary minor hockey system.  Both have played for the AJHL'S Brooks Bandits and next year, Taylor is headed to the University of Massachusetts to play NCAA college hockey just like Cale did.

But as hockey players there's a big difference.  Cale, who plays defence for the Colorado Avalanche is 180 cm (5'11").  Taylor, who is the captain of the Bandits plays forward and he's 190 cm, or four inches taller than his older brother.

Wingspan aside, Taylor says there are some similarities in their games.

"I think creativity and stuff like that.  Our skating is a big strength for both of us but I mean we're two separate players and we can expect different things from each other," the younger Makar said.

"I really like that part but we definitely grow off each other's games.  (It's) more (a case of) me growing off him but it's awesome to work with (his template)." 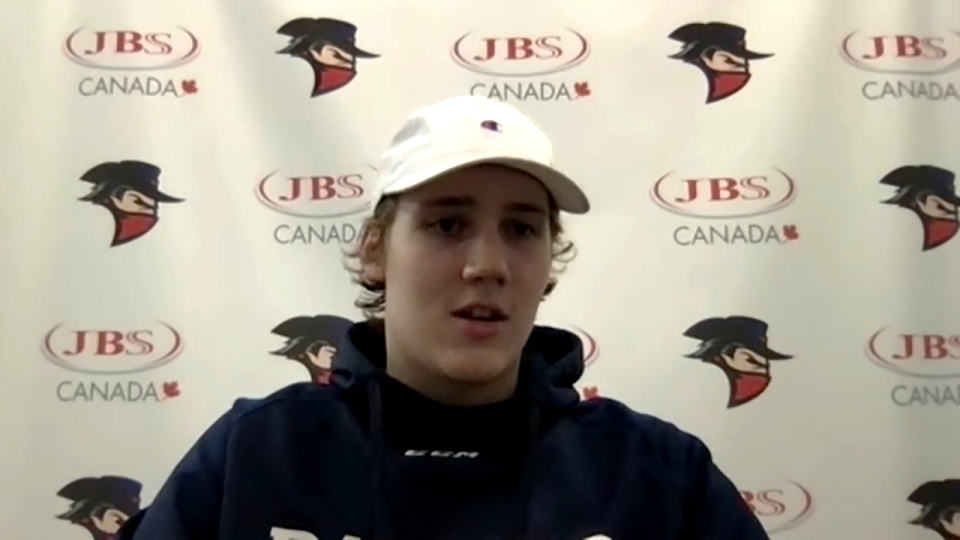 The 20-year-old Taylor is having a solid season with the Bandits.  In nine games he has two goals and nine assists. Meanwhile, 22-year-old Cale continues to shine for the Avalanche, he has four goals and 26 assists in 30 games with the Avalanche.

Taylor said it's great having an older brother playing in the NHL and he leans on Cale for advice.

"Just watching him go through (playing in the NHL), and then I'll ask for advice every now and then or he'll watch a game once he has some free time and he'll just give me some tips," Taylor said. 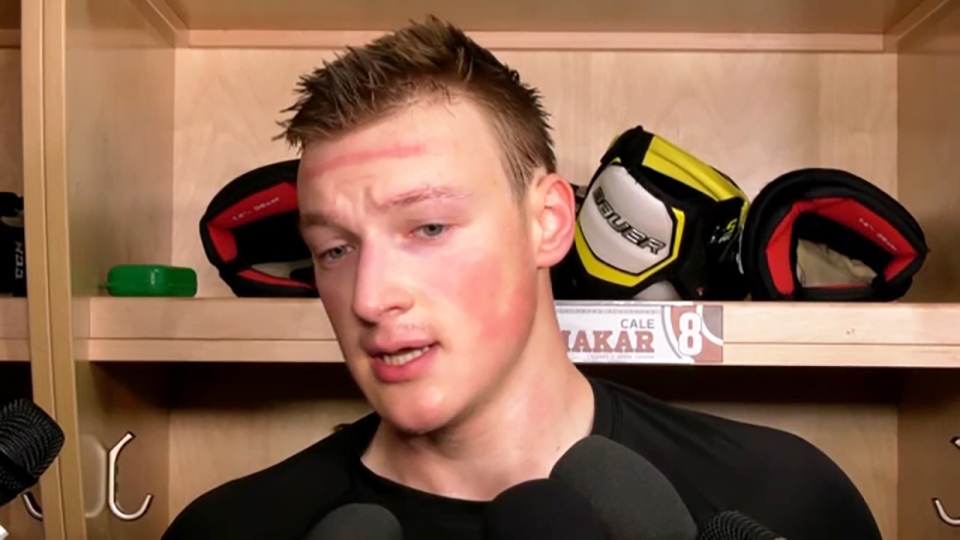 "Even though he's a defenceman and I'm a forward he'll let me know what I can do better.  And even talking to some of the guys on the Avalanche.  It's a tremendous help for sure."

Taylor says he doesn't feel any added pressure following Cale's hockey journey.  He's followed him every step of the way so far and says the ultimate goal would be to join Cale in the NHL.

"I mean (it's) just everything we've worked for in our lives," he said.  "It's obviously a long ways (to the NHL level) and I've got so much work to do but just to get a sniff of the NHL, that would mean the world to me and my family and everyone who's supported Cale and I."

SIX YEARS OF THE MAKARS IN BROOKS

Bandit's head coach Ryan Papaioannou has had the privilege of coaching the Makar brothers for the last six seasons.

He thinks Taylor has a shot of making it to the big time and he believes his size will help get him there.

"His ability to separate other people from pucks (is what makes him special)," said Papaioannou.  "He's put himself in a (unique) class now that where I feel like offensively he's a dominant player and just such a key guy for us to have."

The Bandits are scheduled to play against Sherwood Park Friday night.