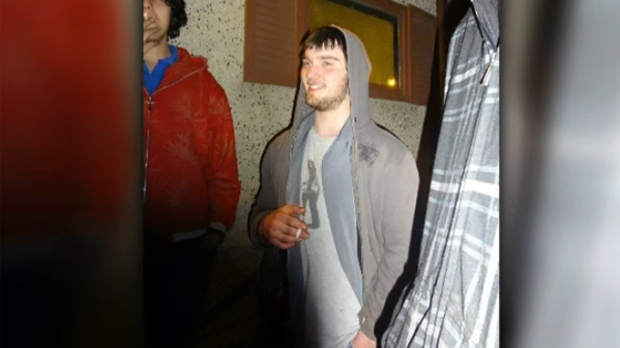 Saretzky's appeal was denied by the Alberta courts of appeal regarding the 2015 triple murders.

CALGARY -- The Alberta Court of Appeal has denied the appeal of convicted murderer Derek Saretzky, which alleged that he was not properly advised of his right to council when he admitted to murdering Hanna Meketech.

The court denied the appeal on the grounds that mentioning the right to council is only required after arrest or detention, which was not the case at the time of Saretzky's admission.

Saretzky confessed to the Meketech murder during a maintenance visit with a police sergeant in March 2020 while awaiting trial at the remand centre.

In its decision, the court said that while reminding Saretzky of his right to council may have been preferable, the officer's omission was not fatal to the validity of Saretzky's admission.

Transcription of the meeting shows Sgt. McCauley informed Saretzky that he could leave the meeting whenever he liked, and that anything he said during the meeting could be used as evidence against him in court.

After admitting to the murder, the officer reminded him again that he was free to leave at any time. He elected to stay and provided additional details about the killing.

Saretzky's council argued that while the meeting started as a maintenance visit, it had quickly turned into an interrogation.

Saretzky was being held in the remand centre after being charged with three murders that happened over five days in the Crowsnest Pass area.

He previously admitted to the killings of  Terry Blanchette and Blanchette's daughter, two-year-old Hailey Dunbar-Blanchette, but had denied involvement in the killing of 69-year-old Meketech — a friend of his parents and grandparents. He was sentenced to 75 years in prison with no chance of parole.

Saretzky has also appealed his sentence, and the court of appeal will be scheduling a hearing for that appeal.