Area closed east of Banff to give cougars room to hunt 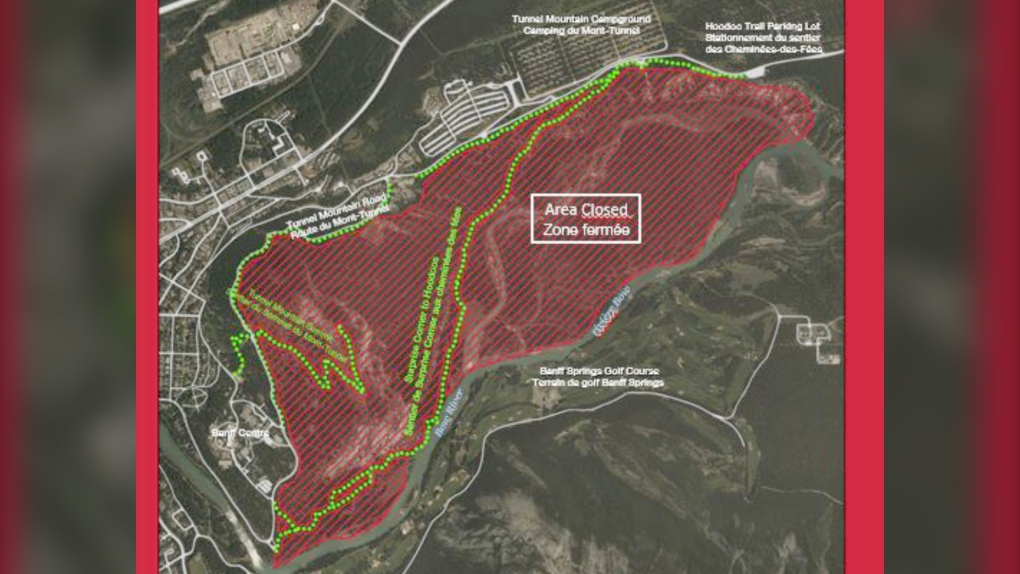 An area east of the town of Banff has been closed to give cougars room to hunt during the winter months. (Parks Canada)

CALGARY -- An area east of the town of Banff around Tunnel Mountain and the Hoodoo Trailhead has been closed to give cougars room to hunt during the winter months.

Several trails in the area remain open, however, including:

Trails not listed above are closed, including Star Wars and Return of the Jedi.

"Giving cougars the space they need to successfully hunt and consume their kills contributes to healthy cougar populations and reduces human-wildlife conflict potential."

Some tips for hikers using trails in Banff National Park to avoid an encounter with a cougar include:

Some tips if you see a cougar include:

Another cougar warning was recently in place for Banff and the surrounding area.

On Jan. 13, officials responded to a report of a cougar sighting in the town of Banff. Parks Canada said they tracked the cougar into a backyard of a home and after the cat made no attempt to flee, that's when it was tranquillized by officials and later destroyed.

Any cougar sightings should be reported immediately to Banff National Park Dispatch at 403-762-1470.

Anyone violating the closure could face a fine of up to $25,000.

Parks Canada has issued a closure notice just east of the Town of #Banff, including the area around Tunnel Mountain & east of Tunnel Mountain to the Hoodoo Trailhead. This is to provide a secure habitat for cougars hunting in the area. More information https://t.co/fBIk07P6Dl pic.twitter.com/EnnQAC94gI