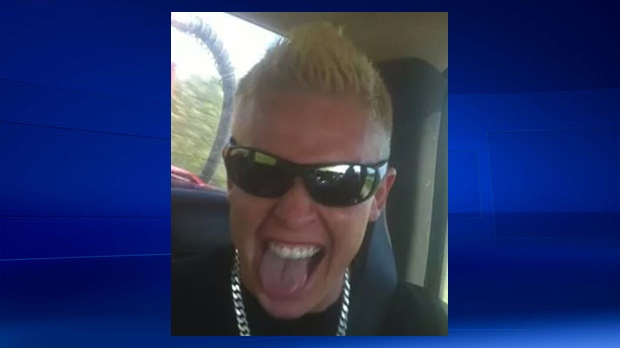 Members of the Sylvan Lake and Rocky Mountain House RCMP detachments are asking for public assistance for information about the current whereabouts of a 24-year-old man who rammed a police vehicle with a truck on Saturday night.

On Saturday evening, shortly after 11:00, an officer attempted a traffic stop on a Dodge Ram truck in Sylvan Lake. According to RCMP, the driver of the truck offered an incorrect name. The RCMP member determined the driver was 24-year-old Lance James Peters, wanted on a number of outstanding warrants in connection to home break-ins, vehicle thefts and violent crimes.

The officer attempted to arrest Peters, but the suspect drove away, narrowly missing the RCMP member who was on foot. The truck collided with the RCMP vehicle as the driver attempted to flee the area.

The officer pursued the truck in their RCMP unit through the town of Sylvan Lake before the suspect vehicle ventured north on Highway 20 toward Bentley. Fearing risk to the public, the RCMP member ended the pursuit.

An arrest warrant has been issued for Lance James Peters of no fixed address.

RCMP expect to charge Peters with:

Peters is considered Armed and Dangerous and should not be approached. He is believed to be in possession of a stolen 2011 Dodge Ram truck, blue, with Alberta licence plate BCG 7215

Anyone with information about Peters’ current whereabouts is asked to contact: