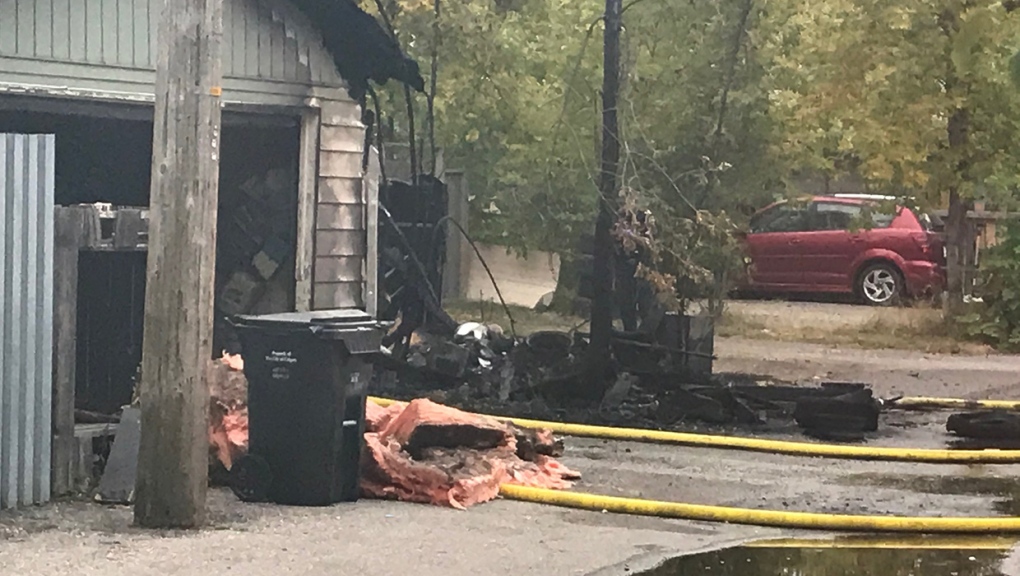 A charred garage and fence in Marlborough following a Sept. 21 fire. The arson unit is investigating.

CALGARY -- An investigation is underway to determine if Monday afternoon's fire in a northeast neighbourhood was deliberately set.

Fire crews were called to Marbank Place N.E., in the community of Marlborough, following reports of smoke and flames emanating from a detached garage.

Residents were evacuated from neigbouring homes as a precautionary measure and the fire was extinguished before it could spread from the garage to other structures.

According to CFD officials, the fire may have started in a garbage bin. No injuries have been reported in connection with the fire.

The arson unit is leading the investigation.