Art and Sandy Zimmerman rock the curling world with their hospitality

CALGARY -- Art and Sandy Zimmerman are huge curling fans.  That's what makes it so hard about having the Scotties Tournament of Hearts and the Tim Horton's Brier in Calgary, minus fans.

Because the events are taking place in a bubble,  the Zimmermans can't go to any of the games or visit any of the dozens of curling friends they've made over the years.

In the curling world, the Zimmermans are  rock stars who have opened the doors of their southwest Calgary home to  some of the top curlers in the world.

Iit all started years ago when Ben Hebert, a  Saskatchewan curler, was in town and looking for a place to stay.

"We are originally from Regina and our daughter was going away to school in Indiana," Art said.  "Ben phones up and says 'can I stay at your place for a month or two?"

"I said yeah sure come on up.  Well that month or two ended up being two and a half years," he laughed.

Hebert liked it so much he told other curlers about the Zimmermans.  Art and Sandy also took in John Morris and he ended up staying for about a year.  Morris said they welcomed him with open arms and they've become a second family to him.

"My folks live in Ottawa and I don't have any family in town and they're my (Calgary) family," Morris said.

"If I have a problem or an issue," he added, "I'm calling Art and Sandy and you know if I just need a break to go play some crib and have a beer, that's where I go."

They're not Canada-centric hosts, either. Members of Team Sweden have stayed with the Zimmermans.  So has Team Norway and too many others to list.  When a curler from anywhere stays at the Zimmermans' place, they treat you like you're one of their own. 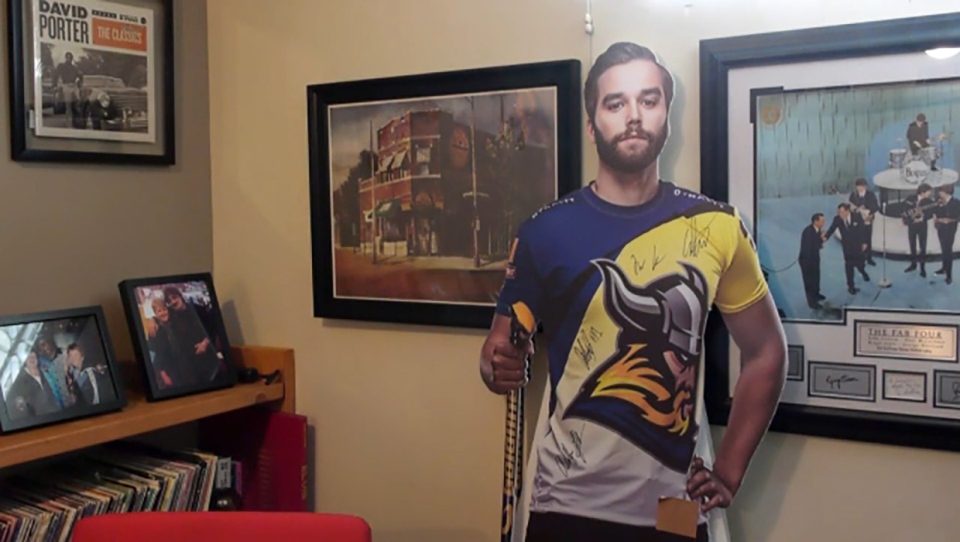 Sandy loves having curlers around the house.

"Oh it's great.  They were all a lot of fun.  I mean, I come from a curling family and you know it's just exciting and a lot of fun."

The Zimmermans' basement is filled with curling photos and memorabilia that, over the years, has produced some great stories.  Like the time Sweden's Oscar Eriksson brought a full size cut-out of himself to the Zimmermans.

"They were at WinSport and they were curling and his cut out was there," Sandy said.  "They stayed here at the time and we were all saying 'Oscar we need one of those in our house!'  And right after one of their games, he comes to the door and has the cut out there."

Art said there are a lot of great stories but it's probably best that they stay within their walls of their home.

"There are stories but I don't know if they're appropriate for (a TV) camera," he said.

Art and Sandy may not be able to see it live but they'll be keeping a close eye on the Brier starting on Friday night.  And they'll cheering on Hebert and Morris who are back together again.  They'll try to win another Brier title with Kevin Koe's Wild Card rink.

They'll be in action on Friday night in the opening draw against Nova Scotia.