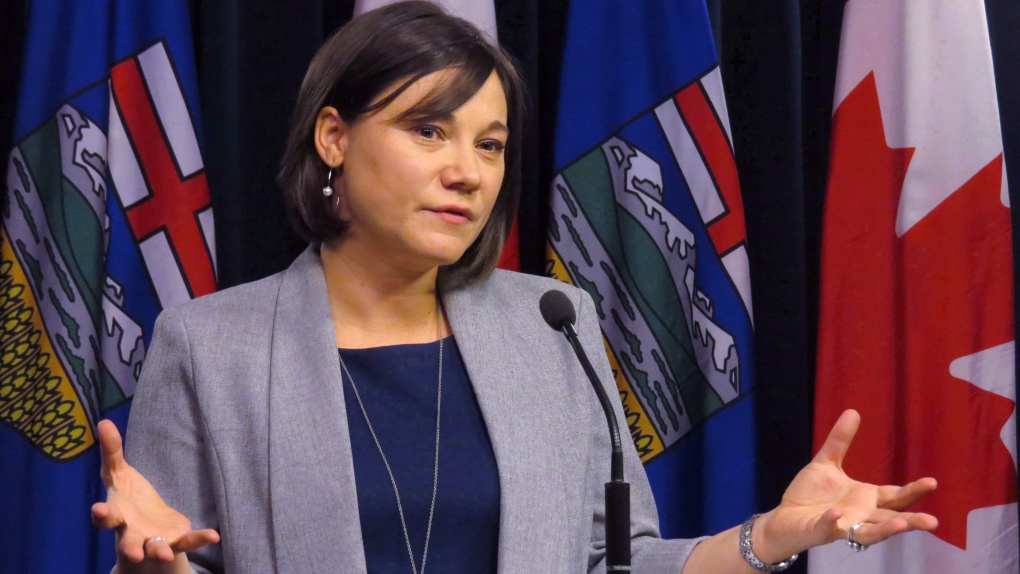 Lethbridge-West MLA Shannon Phillips has confirmed she was the subject of the alleged searches. (File photo)

CALGARY -- The Alberta Serious Incident Response Team (ASIRT) has launched an investigation into potentially unauthorized uses of police databases by members of the Lethbridge Police Service.

Officials were notified Feb. 1 that the results of a Freedom of Information and Protection of Privacy (FOIP) request had revealed "a number of potentially unauthorized searches of the name and related files of an individual."

The searches were done between January 2018 and November 2018.

"ASIRT’s investigation will examine the instances where the databases were accessed, and seek to determine whether these activities were conducted for a lawful purpose," read a release.

Lethbridge-West MLA Shannon Phillips has confirmed to CTV News she was the subject of the searches.

Phillips had earlier called for a special investigation into the actions of two Lethbridge Police Service officers who tracked and photographed her in 2017.

In 2017, Sgt. Jason Carrier and Const. Keon Woronuk were demoted after admitting to using their positions as LPS members for personal and political reasons.

Phillips told CTV News she is developing an understanding of all the latest events and circumstances under investigation and will be providing more comment in the coming days.

“The Lethbridge Police Service welcomes the referral of this matter to the Alberta Serious Incident Response Team for an impartial, comprehensive investigation, and will cooperate fully with them,” it read.

“Lethbridge Police believe that it is important to allow this investigation to unfold to its conclusion, before providing any comment. Lethbridge police Chief Shahin Mehdizadeh has, meanwhile, ordered an investigation under the Police Service Regulation into the matter. The outcome of this internal investigation will be held in abeyance until ASIRT releases the findings of its investigation.”

My counsel has issued a statement on the second Serious Incident investigation of alleged unlawful activity concerning me by the Lethbridge Police Service. #ableg pic.twitter.com/8uuRUalIDW