Autopsy on Alta. man who died in RCMP custody finds no trauma to his body: ASIRT 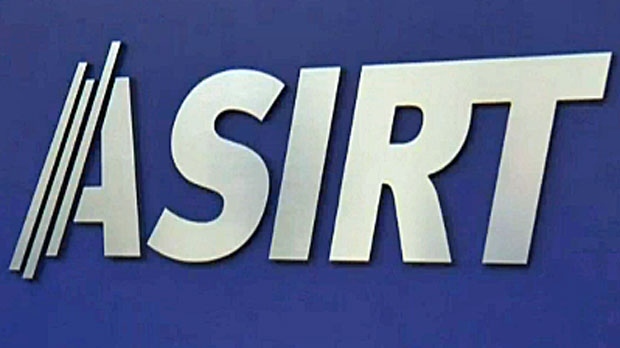 ASIRT is probing the death of a 35-year-old man while in RCMP custody in Airdrie. (File photo)

CALGARY -- An autopsy performed on a man who died in police custody in Airdrie found no signs of trauma to his body and police are now waiting for toxicology results.

The Alberta Serious Incident Response Team (ASIRT) is investigating his death, which is standard whenever someone is seriously or injured or killed while in police custody.

ASIRT says the man went into medical distress on June 7 and he was pronounced deceased in hospital later that day. Officers had been called about someone uttering threats just after 1:30 p.m. on June 6 and say they located a suspect in a vehicle near the Airdrie airport.

"The man was placed under arrest and a struggle ensued. During that struggle, the man was taken to the ground by police, sustaining what appeared to be minor injuries," ASIRT said in a release.

"Following the man’s arrest, he was placed in the rear of a police vehicle and, while seated, he appeared to deliberately strike his head on the Plexiglas barrier between the front and rear seats."

Paramedics were called and assessed the man's injuries, determining he should be taken to hospital. He was examined, then released back into custody of police, who took him to the Airdrie detachment cells.

A bail hearing was held about 9:30 a.m. on June 7 and the suspect was remanded into custody.

"At 11:50 a.m., a check on the man revealed that he was exhibiting strange behaviour and appeared unwell," ASIRT said.

"At 11:55 a.m., EMS were called to attend the Airdrie detachment cells as the man appeared to be in medical distress. Prior to the arrival of EMS, the man became unresponsive."

RCMP officers performed first aid and gave the man Naloxone as well as performing CPR until paramedics arrived. EMS was able to briefly resucitate the man and he was taken to hospital, where he was pronounced deceased at about 1:30 p.m.

An autopsy was done June 10, which revealed no significant trauma to the man’s body. Full results of the autopsy, including toxicology results, are pending.