Autumn in July? Early autumn colours not a cause for concern says city tree experts

Some parts of Calgary are looking distinctly like autumn even though it is only July.

That’s because hot dry conditions are causing leaves on some trees to yellow and drop.

Although July has seen near normal rainfall, most of it occurred in the first week and a half of the month.

In the ensuing dry spell, trees drop some leaves as a way of maintaining their health.

"They are trees that are adapted to Calgary, to that hot, dry weather, and what they'll do is start to yellow early. So it's just an early sign of fall in them, as they're trying to adapt to having a little bit less water available to them,” said Julie Guimond the City of Calgary’s Urban Forest Team Lead, in an interview with CTV News. 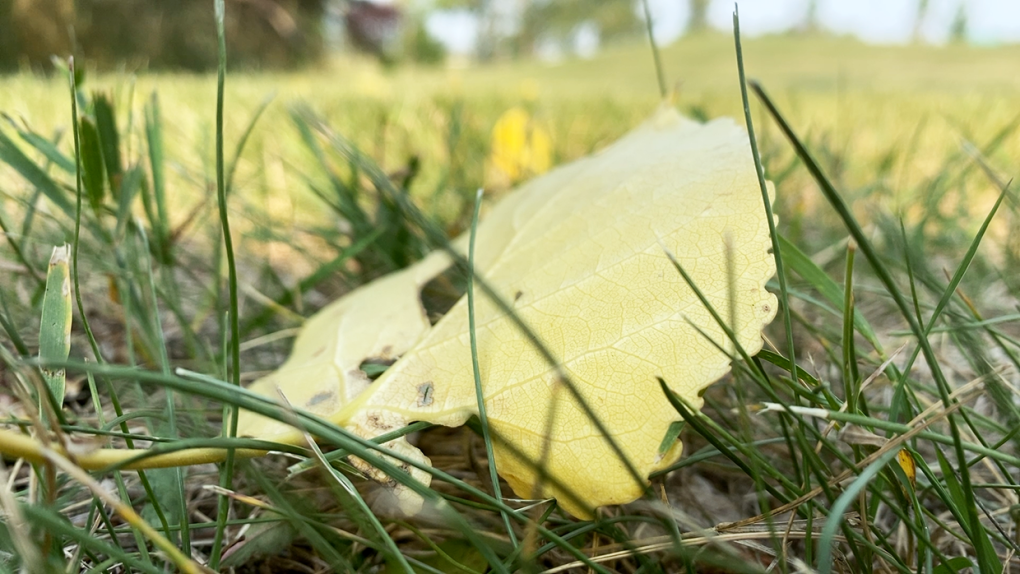 “What we've seen is the dominant chlorophyll - the thing that makes a leaf green -  has started to die back in those individual leaves," Guidmond said, "but you'll see the rest of the tree is still quite green.

Guimond said while the premature dropping of leaves can look troubling, it is actually not a concern for the long-term health of the trees unless the lack of moisture continues for a couple of years.

“The poplars and the Aspen especially, because this is what they've adapted to over their thousands of years in the Calgary area. When we start to see it continuing to fall with this hot dry weather, we're going to probably see  fall colour start earlier for all of our trees, "said Guimond.

“That still is okay" she added., "All of these trees have a reserve just like the battery on our phones. And they can pull off of that reserve a little bit for a few years."

However, that bullish forecast comes with a caveat. 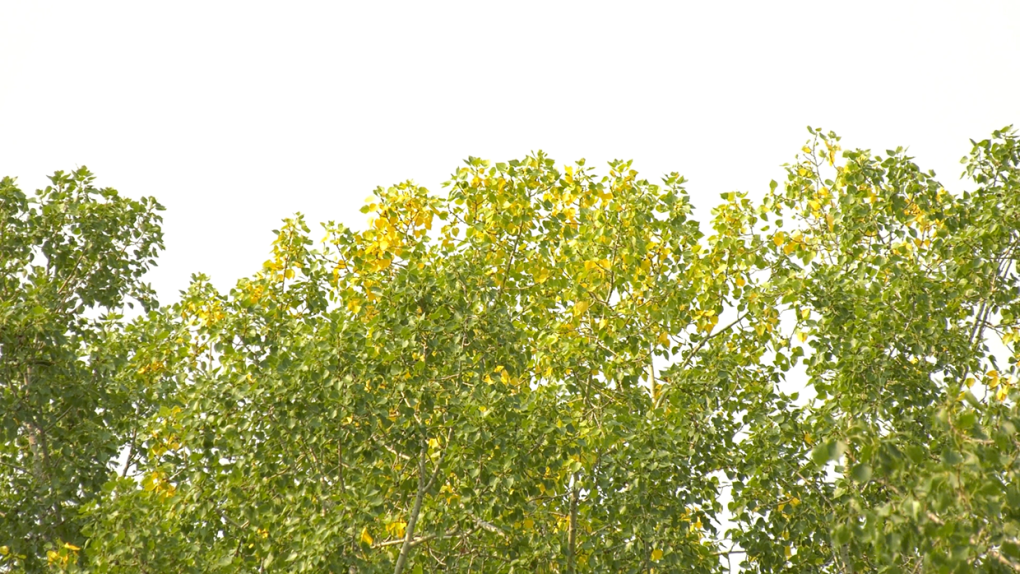 There are about seven million trees in Calgary. 25 per cent of them are on public property, with a value assessed at $1.3 billion.

“We continue to try and put trees in that we know survive," Guimond said. "Here in Calgary, every time we plant a tree, we water it for its first five years till it's established.

"That allows that tree slowly over those five years to adapt to Calgary's environment, “said Guimond who stresses homeowners should take time to tend to their trees, noting each one could be valued at as much as $20,000.

“We need people to mulch their trees because the mulch around the base of a tree will help keep that moisture. And the other thing that you can do is to water that tree, (but) not really fast.

"Water it nice and slow on a low trickle," she said. "If you start to see water pooling, if you see water flowing off into another part of your yard or into the storm water shut it off and water it a little bit more on a second day. “

And while watering a tree may seem like one of the simplest tasks, some horticulturists say many people do it all wrong.

“The best thing to do is like a good 20 minutes slow trickle at the drip lines tree. And that's where the branches end - not at the trunk, which is what a lot of people like to do.” said Greengage Garden Centre horticulturist John Ostrowdun

He said to find the drip line look up at the canopy of the tree and find the tip of the branches furthest from the trunk.  Directly below those is the point where you should be watering for maximum effect.

Ostrowdun also cautioned that different trees need differing amounts of water, and that over watering can also stress a tree.

"I just had a customer this morning with this problem, where they had their irrigation running daily, and  got panicked that the trees are still drying out. The trees were actually showing water stress because they have too much water at this time.”

The City of Calgary only waters its trees for the first five years after planting them. After that, the trees are monitored to ensure their health and treated on a case-by-case basis.

Guimiond encourages Calgarians to help out by watering boulevard trees if they see any appearing to be under stress from the dry conditions.  She also asked that anyone seeing a public tree in distress to call the city’s 311 line to report it.

Canada has now fully vaccinated 78.37 per cent of the country's eligible population.

With just three days now until the federal election, the main party leaders will be keeping the campaign throttle wide open today as they chase any still undecided votes in Ontario, Quebec and Nova Scotia.