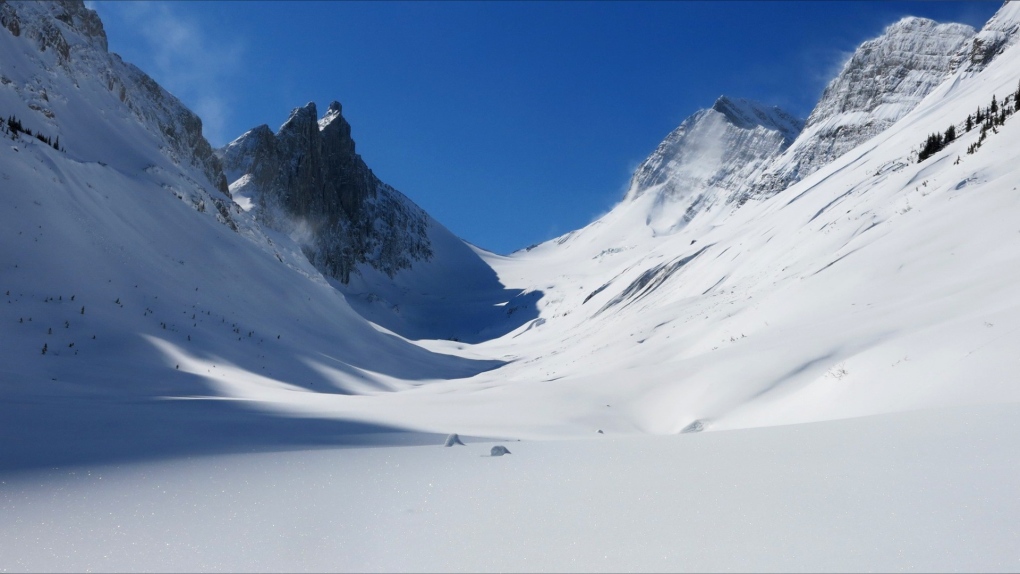 CALGARY -- A 40-year-old man from Invermere, B.C. died Monday while skiing on a backcountry trail near the Robertson Glacier in Kananaskis Country.

RCMP say the man was skiing with three friends when a whiteout hit and the group was separated.

Kananaskis Public Safety and Alpine Helicopters responded around 2:30 p.m. to the area west of Calgary.

In a Facebook post, Kananaskis Public Safety said the man’s skis bottomed out, which thrust him toward some rocks, resulting in severe trauma. He was not wearing a helmet.

Emergency crews both attended the incident and the man received advanced life support but succumbed to his injuries.

Kananaskis Public Safety credited low early-season snow coverage near tree lines and related hazards as the cause of the incident.

“If you do fall in these areas you will likely get hurt," read a post on social media. "The chances of hitting something and getting injured is quite high.”

The snow cover in the area was around 10 to 30 centimeters.

RCMP has notified the victim’s family and are providing additional support for the three skiers.