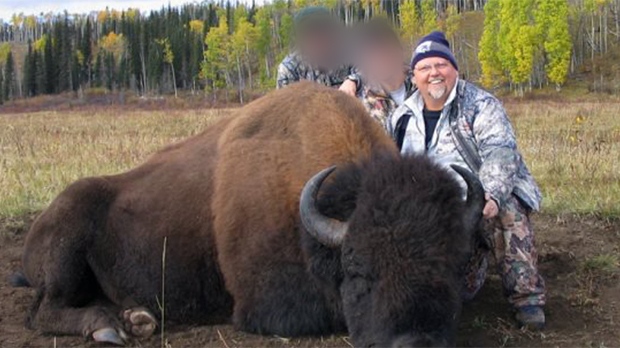 An avid outdoorsman who runs a taxidermy business in Cranbrook, B.C. continues to receive treatment at the Foothills Hospital in Calgary following a Sunday morning encounter with a grizzly bear.

According to a friend of the victim, 56-year-old Wilf Lloyd, the owner of Alpine Wildlife Design, was hunting at a location south of the city of Fernie, B.C. at approximately 9:00 a.m. Saturday when he was attacked by a grizzly bear boar.

Conservation officers transported the injured man out of the woods and STARS Air Ambulance airlifted Wilf to the Foothills Hospital. According to STARS officials, the patient was in critical condition.

Wilf suffered extensive injuries to his leg during the mauling. The Lloyd family has requested privacy at this difficult time.

While it is unknown if Wilf and his hunting partner were equipped with bear spray, Kevin Van Tighem, a published expert in animal behavior, says firing shots at a grizzly bear, as opposed to bear spray, will likely escalate the situation.

“Even if you're able to score a lethal hit on the animal as it’s coming at you, it can still complete the attack because it’s running on adrenaline,” explains Van Tighem. “On the other hand, bear spray, all it requires is a wall of spray between you and the bear. As soon as it hits the wall of spray, its attention is about getting away from that spray.”