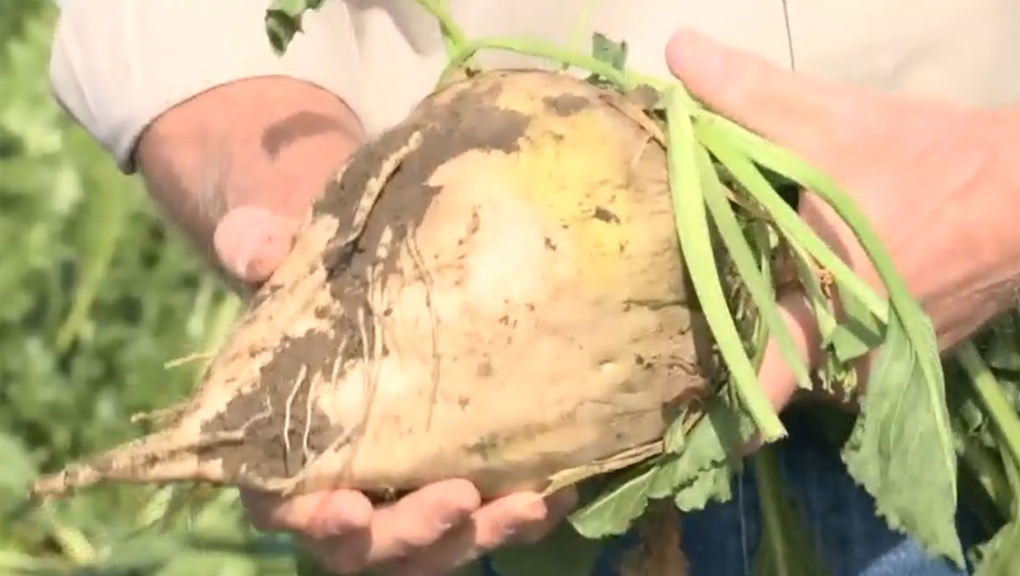 LETHBRIDGE – After a long, cold and wet summer, southern Alberta farmers won't be able to harvest their damaged crops after Canada's largest sugar company said it doesn't have the capacity to process it.

Rogers Sugar Inc. announced Thursday, following an analysis in partnership with the Alberta Sugar Beet Growers, that it would not be harvesting any more sugar beets due to "severe snow and frost damage."

Sugar beets are grown by over 200 families in the southern Alberta region and supplies between eight and nine per cent of Canada's sugar.

According to CTV Lethbridge weather special Dory Rossiter, 'snowmaggedon' in September dropped over 60 cm of snow in the region.

"In the far south of the province, we experienced only four days above 30 degrees during June, July and August. We also had 27 days of below average temperatures and 89 mm of rain, in total, during those same months."

It's believed only 55 per cent of the sugar beet crop was harvested before the company called off operations.

Rogers says it is looking at a number of options to provide sugar to its customers, including relying heavily on an excess supply of cane sugar from refineries in Vancouver and Montreal.