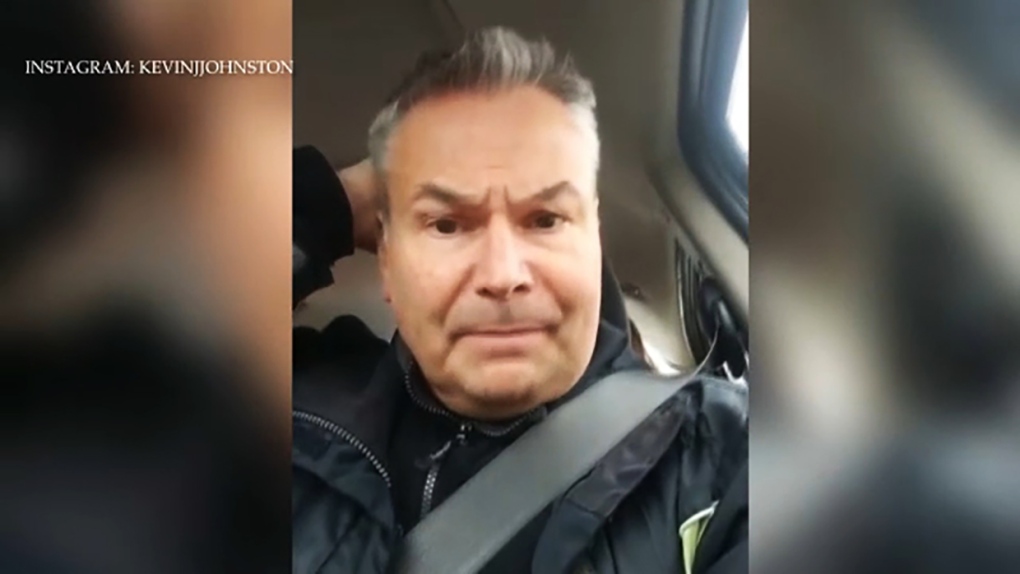 Calgary mayoral hopeful Kevin J. Johnston defended controversial and threatening remarks he made on a weekend podcast in a Tuesday interview with CTV News

CALGARY -- Bail has been denied for Kevin J. Johnston, the controversial candidate running for mayor of Calgary in the October municipal election.

Johnston was arrested most recently after police allege he went into the CORE Shopping Centre in downtown Calgary without a mask on May 22 and became verbally abusive toward staff at several stores.

A warrant was issued and Johnston, 49, was arrested in Edmonton days later, when he was also charged with being part of an illegal public gathering in contravention of a Court of Queen's Bench Order. An injunction had been granted to Alberta Health Services over threatening comments he made in a podcast.

He has been an outspoken critic against mask mandates and public health measures.

Alberta Health Services has also launched a $1.3 million lawsuit against Johnston for comments made on several podcasts and social media platforms.

Johnston also faces charges in connection with an alleged assault of a grocery store worker in Dawson Creek, B.C. earlier in the year.

In May 2019, the Ontario Superior Court ordered Johnston to pay $2.5 million in damages to the owner of a chain of Middle Eastern restaurants in a defamation case regarding racially-motivated attack videos Johnston posted to his website.

Johnston is one of 18 people currently registered to run for mayor of Calgary.