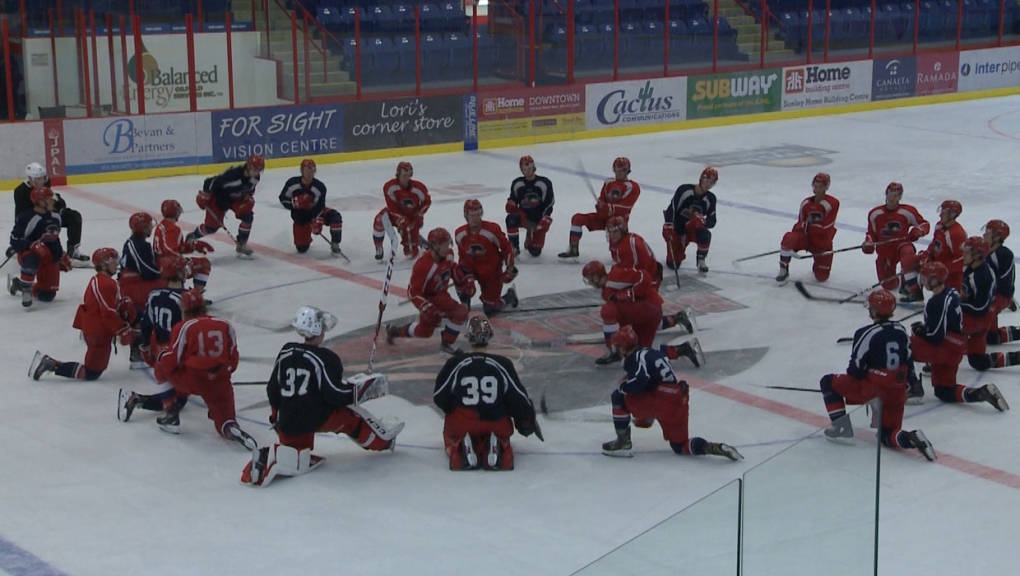 The Brooks Bandits, AJHL champions, are glad to be back on the ice for a development season.

BROOKS, ALTA. -- The reigning national Canadian Junior Hockey League champion Brooks Bandits, a title that comes in-part to a cancelled post-season due to the COVID-19 pandemic, have been back on the ice for a few months.

They're taking no chance to be on the ice for granted.

“We’re like one of the only places, like in the world almost, that’s back to normal and doing what we like. So yeah, we feel pretty fortunate for that,” said Bandits defenseman Ethan Lund.

“The fact that we’re able to come and practice every day and play games on the weekend is huge for these guys development,” said Bandits assistant coach Taylor Makin.

The players arrived for camp Labour Day weekend. Over the past few weeks, the Alberta Junior Hockey League has allowed them to play exhibition games. The Bandits have played four games against the Okotoks Oilers, winning all four.

The AJHL is calling the 2020-21 campaign a development season but it seems no Bandit player is more zoned in on developing his game than defenseman Corson Ceulemans.

“I think it’s a huge year. Draft year – so kind of some nerves but I think I just keep focused and just keep pushing forward and trying to get better,” said Ceulemans. “Trying to watch video, just pick out some skills I need to improve on every day in practice.” 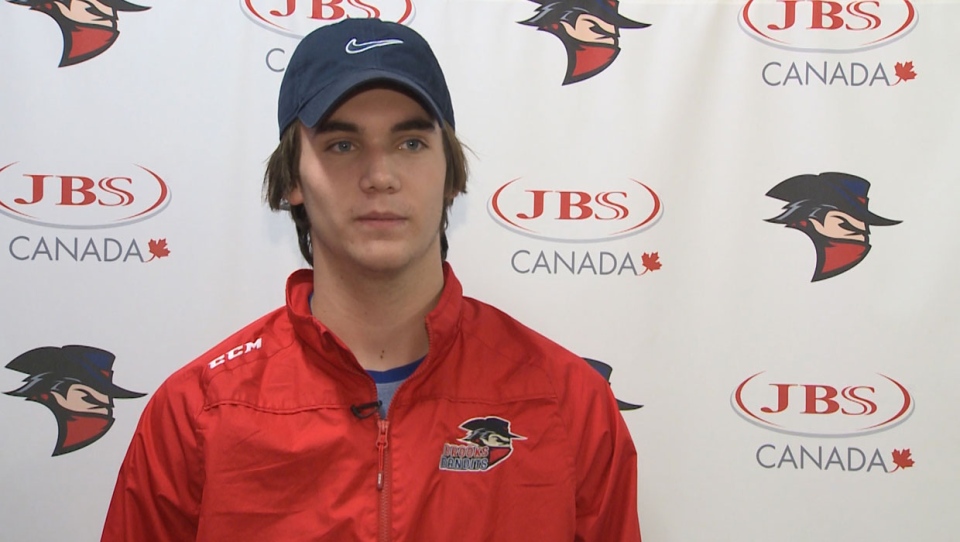 During his rookie year, he scored five goals and while collecting 30 assists in 44 games for the Bandits. The 17-year-old is committed to the University of Wisconsin.

“I know his potential, he's a top-pair defenceman, and he’s one of the best defenseman available in the draft. He's one of the best players I’ve seen available for this year's draft and I don't think that's going to change,” said TSN’s director of scouting Craig Button. “He controls the game, you know, with his mind. He’s an excellent skater (and) he's got excellent puck skills. He can thread the needle.”

Button believes Brooks is a great spot for him to be.

“(Bandits head coach) Ryan Papaioannou runs as good a program as any in Canada,” said Button. “You’re going to develop, you’re going to get better. There’s another checkmark in Corson’s corner.”

Cuelemans knows the 2021 NHL Draft is still a long way away. Since he is practising and playing right now, while some other prospects aren’t, it could help him in the long run.

“Other players are working on their skills and working on their training but on ice competitiveness, being in games, being around your team and practice sessions. That’s really developmentally sound for Corson and other players that are able to continue on,” said Button.

“The opportunity for him to play and conversely others without the opportunity to play it’s going to create somewhat of an advantage for him.”

Cuelemans knows there is still a lot to show.

“There’s a lot of good players in the draft. A lot of defensemen, I got prove that I could be there and be one of those top guys in the draft.”

The 2021 NHL Draft was scheduled for June, however it is unclear when it will take place due to the COVID-19 pandemic.