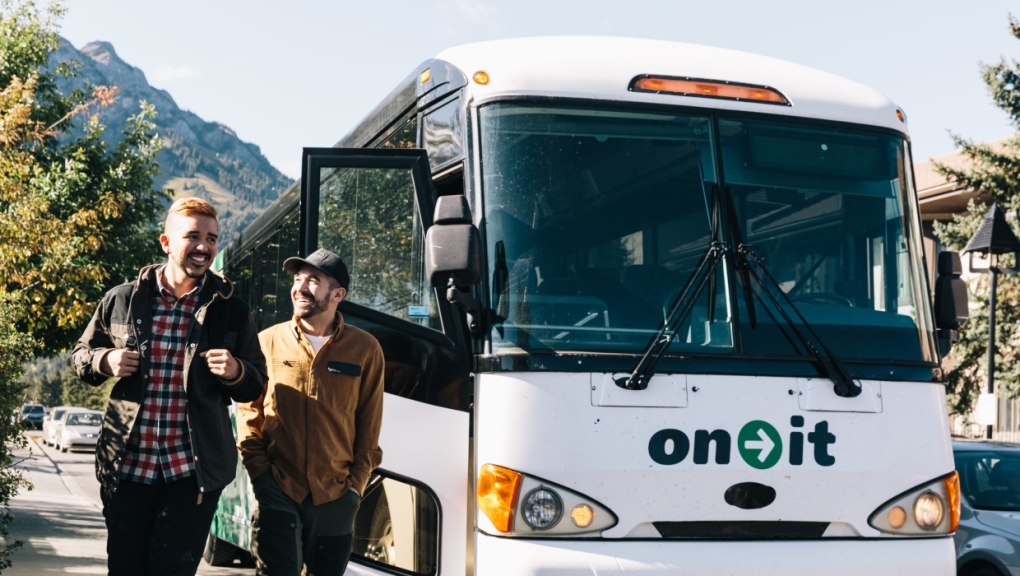 The tourism bureau for Banff and Lake Louise is encouraging Calgarians preparing for a summertime visit to use the On-It Regional Transit service instead of driving.

Banff and Lake Louise Tourism president and CEO Leslie Bruce says at a time when Calgarians are visiting Banff more than ever, public transportation helps relieves traffic congestion and is better for the environment.

“Taking transit to, from and within Banff National Park is the best way to see this awe-inspiring place," Leslie Bruce said in a news release.

Last year, officials say the town of Banff saw more than 2.6 million vehicles enter the town between May and October.

The transit service offers shuttles from Calgary to Banff and Canmore on Fridays, Saturdays, Sundays and statutory holidays for $10 – and then $10 for the return trip.

Once in Banff, visitors can access the town's Roam Public Transit for as little as $2. The transit system includes popular sightseeing areas like the Banff Upper Hot Springs, Sulphur Mountain Gondola and Lake Minnewanka.

Banff's Roam Public Transit also travels to the hamlet of Lake Louise, where visitors can transfer to a (reservation only) Parks Canada shuttle that offers trips to Lake Louise and Moraine Lake

According to Banff and Lake Louise Tourism, the Lake Louise Lakeshore parking lot, which holds 450 vehicles, was filled to capacity every day between May and October, usually by 6 a.m.

"Leave your car behind, and take advantage of the great transit options we have available this summer," Bruce said.

The federal government has created a special task force to help tackle the major delays with immigration applications and passport processing that have left Canadians frustrated.

Abortion may be legal in Canada but accessing services very much depends on where you live, one advocate says.