UPDATE: I can finally say, "no change." Early afternoon rainshowers with an isolated sprinkle or two Wednesday evening. That's fine.

But, beyond that, it seems like forecast models have really zeroed in on Thursday and Friday's rain event between 20 and 25 millimetres. Temperature-wise, very little has changed, and the other update is that the chance of showers Sunday has been upgraded to a small chance of thundershowers instead! This qualifies as an event derived off the foothills, and could very well just come as rain.

Still - it's not much! The May Long weekend Monday is now in our five-day. It's a gem, too!

#YYC is right in the transition zone, so don't be surprised if you wake up to snow Thursday or Friday morning!
Temperatures look very chilly into Saturday and Sunday morning as well (cover up those plants!) but Sunday and Monday afternoons are looking 😎#abstorm

What's different now? Not much, really. There are always going to be modeling challenges when it comes to the position of large-scale lows coming off the eastern slopes of the Rockies, and that can create variable precipitation. Warnings are in place for this snowfall event in Hinton and Nordegg, highlighting the potential for up to 20 centimetres of snow in higher elevations. 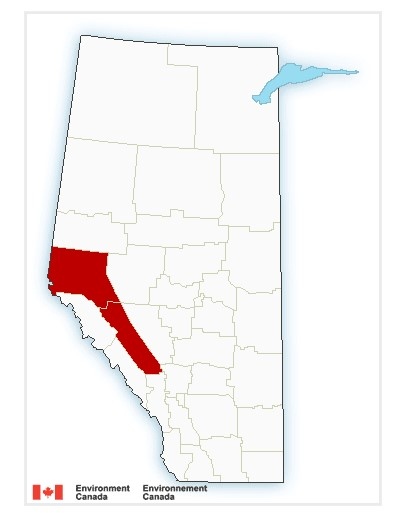 We've had forecast models verify this. We still do have some showing snow trying to fall across the city Thursday morning, especially. However, models keep it under three centimetres, and keep our temperature over 2 C; snow can fall and sustain itself as snow in up to 4 C, and most models pin us to 3 C... this is to say, while three centimetres might fall in total, it's unlikely to accumulate.

Environment Canada reported a grand total of 2.7 millimetres of rain at the airport. While every little bit helps, we're still angling for a much heavier dose before the end of the week.

In fact, the closer we get to the Thursday-Friday rain event, the more rain we end up finding there. Even yesterday’s fair estimates heading up toward 20 millimetres may fall short of the total – something closer to the mid-20 millimetre marker is populating, instead! This rain will likely begin Thursday morning, and not settle until early Friday, with scattered showers rounding things out before the dinner hour Friday.

Which brings me back to our Wednesday forecast; if you're eager to head down to the Red Lot or any other outdoor venue for either of the first two games of the Flames-Oilers series, you're in luck! At worst, our showers are scattered and weak. West wind builds up Wednesday evening and dries us out enough to keep rain at bay through the later hours of the day.

The Victoria Day long weekend forecast is also rock solid, still, with just a chance of showers presenting Sunday evening, and at that, it's the light, scattered stuff.

Today's pic is from Will in Okotoks, after yesterday evening's showers. 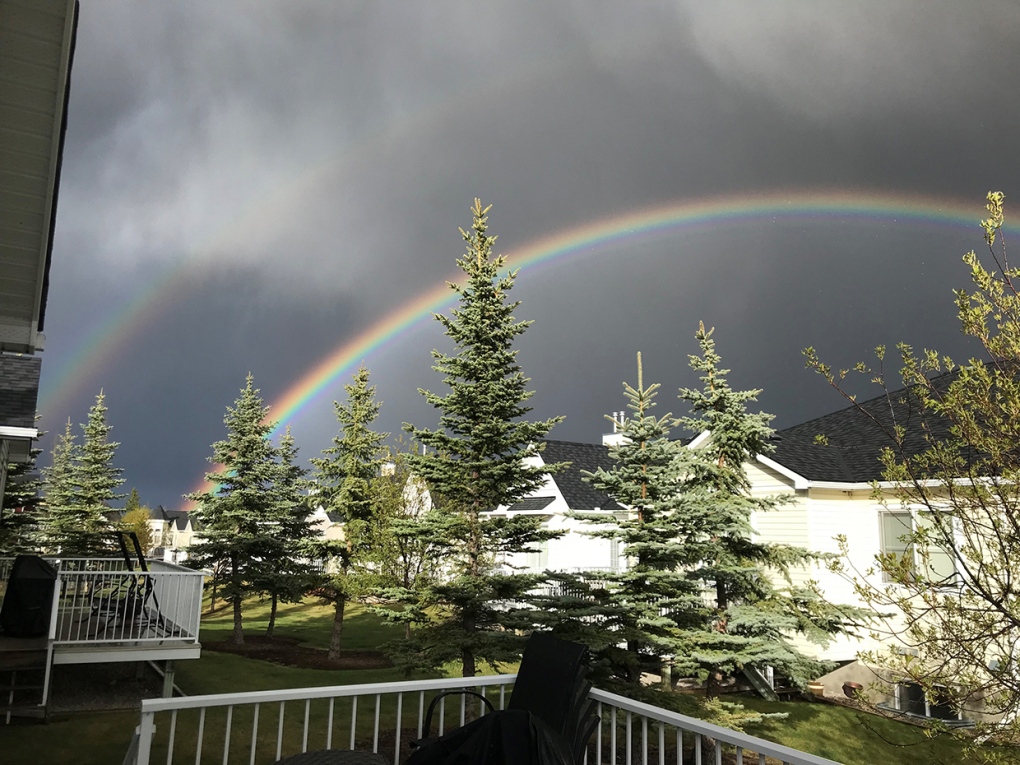