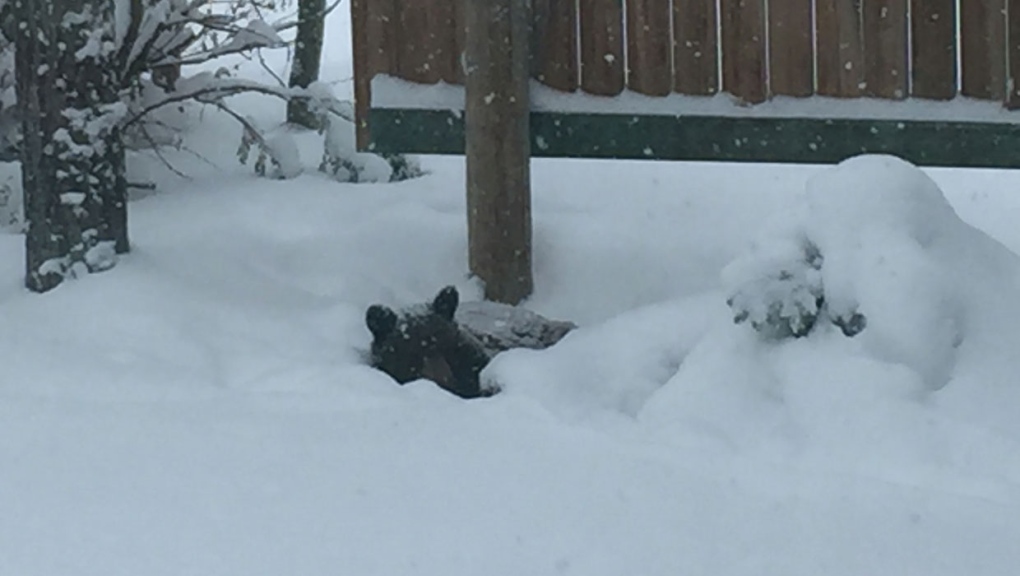 Beth Towes, who lives outside Waterton Lakes National Park, took this photo of a black bear snuggled down in the snow this week.

CALGARY – Although all of us in southern Alberta have already had a taste of the white stuff, it's still not officially winter, but that wasn't stopping one bear who was practicing hibernating near Waterton Lakes National Park.

CTV News viewer Beth Towe, who lives just outside the park, spotted a black bear nestled down in the snow and grabbed a couple of photos. 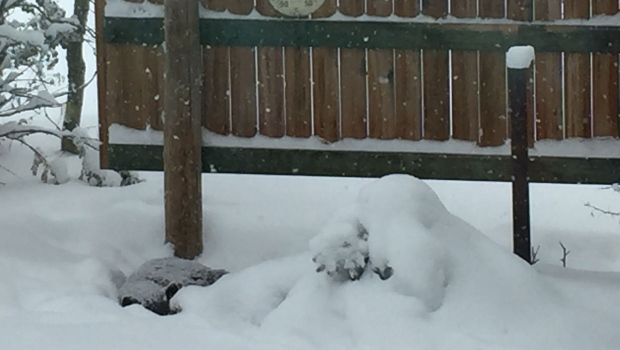 According to Parks Canada, black bears often den for up to six months of the year.

They often prefer forested areas for their dens, which are usually located under a tree stump, log or rock or inside a hole dug into a hillside. 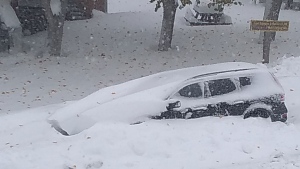